A History of the Roman People 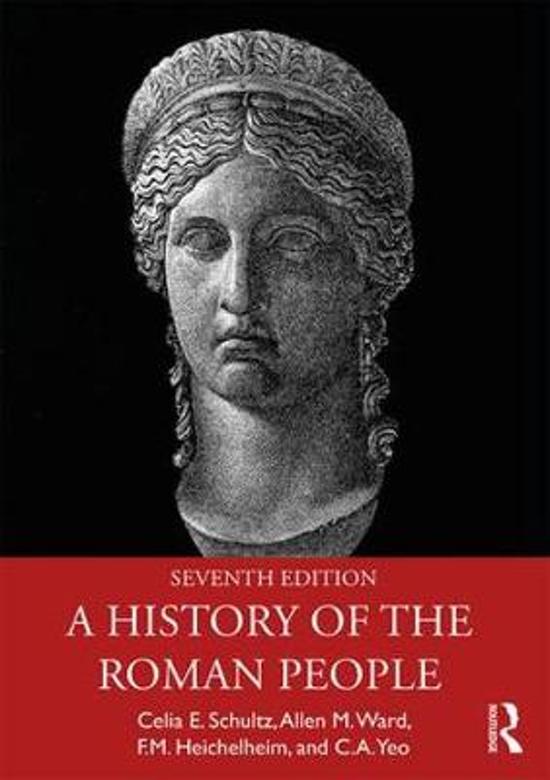 A History of the Roman People offers students a comprehensive, up-to-date, readable introduction to the whole span of Roman history. Richly illustrated, this fully updated volume takes readers through the mists of Roman prehistory and a survey of the peoples of pre-Roman Italy to a balanced, thoughtful account of the complexities of the Roman Republic, its evolution into a full-fledged empire, and its ultimate decline. This latest edition enhances the political narrative with explorations of elements of daily life in the Roman world. New features in this edition include: Addition of boxes that expand on interesting elements of Roman culture mentioned only in passing in the main text. The visual arrangement of the text helps students bear in mind what is supplemental to the central narrative Increased emphasis on the contributions of women to Roman society and in religious matters Incorporation of recent archaeological finds and current debates A History of the Roman People is an excellent introduction for those with no background in Roman history. Its clear, accessible language makes it perfect for undergraduate readers in courses on Roman history and Roman culture. More experienced students wanting to expand their knowledge will also find it a rich resource for the full sweep of Roman antiquity.
Toon meer Toon minder

This new edition of A History of the Roman People presents a clear, reliable, and accessible survey of the ancient Roman world. The political narrative of the growth and transformation of the Roman Empire is described in fluid and engaging fashion, and social, cultural, and economic topics receive appropriate contextualization. Ancient sources are helpfully introduced at the beginning of chapters, and charming boxes on topics such as poisoning, latrines, and publishing provide colorful detail. This remarkable textbook should be the standard introduction to the Roman world. - Carolynn Roncaglia, Santa Clara University, USA