A Long Way Home A Memoir 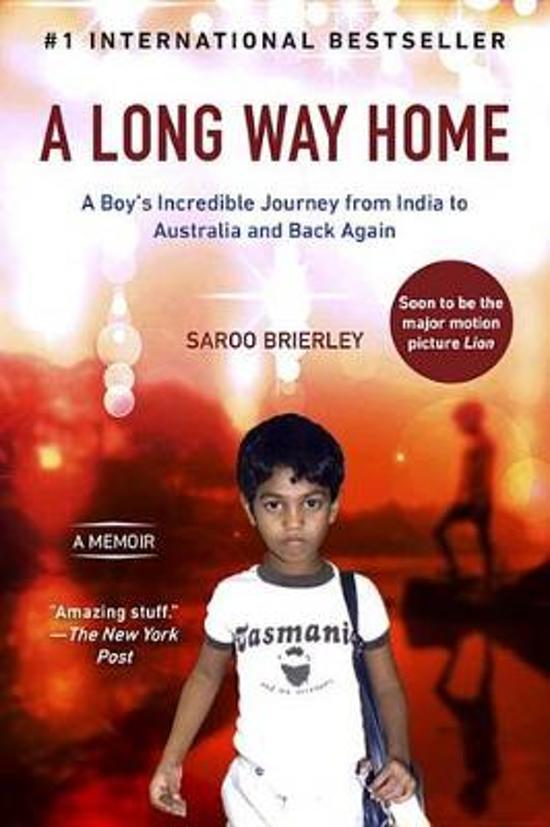 As a little boy in India, Saroo Brierley got lost on a train. Twenty-five years later, from Australia, he found his way back. This is what happened in between.

Born in a poor village in India, Saroo lived hand-to-mouth in a one room hut with his mother and three siblingsuntil at age five, he mistakenly boarded a train by himself, and ended up in Calcutta, all the way across the country. Uneducated, illiterate, and unable to recall the name of his hometown, he managed to survive for weeks on that city’s rough streets.

Soon after, he was adopted by a couple in Tasmania. But despite growing up in a loving upper-middle class Aussie family, Saroo still clung to the last memories of his hometown and family in India, and always wondered if he’d ever find them again. Amazingly, twenty-five years later, with some dogged determination and a heap of luckand the advent of Google Earthhe did.

A Long Way Home is a poignant and inspirational true story of survival and triumph against incredible odds, celebrating the importance of never letting go of what drives the human spirit: hope.
Toon meer Toon minder

Back at Nava Jeevan, Asra and I were each shown a bewitching little red photograph album that the people offering to become our new families had made. Inside were pictures of them, their houses and other aspects of their lives--I looked through mine with my eyes popping out of my head. The people looked so different from what I was used to--they were white! And everything around them looked shiny, clean and new. Some of the things I'd never seen before, and the staff explained to Asra and me what they were, reading us the English captions. In my book it said: 'This is your father washing our car, in which we will visit many places.' They had a car! 'This is the house that will be our home.' It was very grand, with lots of glass windows, and it looked brand new. The book was even addressed to me: 'Dear Saroo.' The family, I was told, were called Mr and Mrs Brierley. --Saroo Brierley
Toon meer Toon minder