A Mexican Family Empire The Latifundio of the Sanchez Navarro Family, 1765-1867 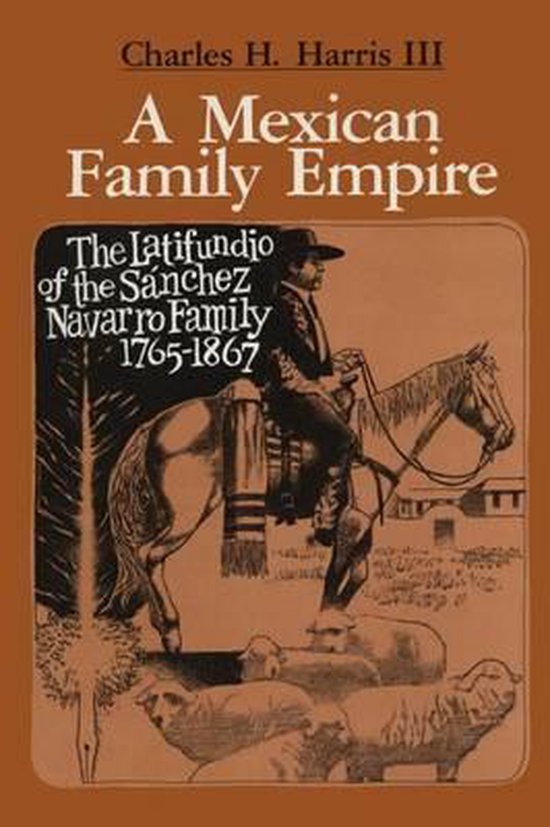 Perhaps no other institution has had a more significant impact on Latin American history than the large landed estate-the hacienda. In Mexico, the latifundio, an estate usually composed of two or more haciendas, dominated the social and economic structure of the country for four hundred years. A Mexican Family Empire is a careful examination of the largest latifundio ever to have existed, not only in Mexico but also in all of Latin America-the latifundio of the Sanchez Navarros. Located in the northern state of Coahuila, the Sanchez Navarro family's latifundio was composed of seventeen haciendas and covered more than 16.5 million acres-the size of West Virginia. Charles H. Harris places the history of the latifundio in perspective by showing the interaction between the various activities of the Sanchez Navarros and the evolution of landholding itself. In his discussion of the acquisition of land, the technology of ranching, labor problems, and production on the Sanchez Navarro estate, and of the family's involvement in commerce and politics, Harris finds that the development of the latifundio was only one aspect in the Sanchez Navarros' rise to power. Although the Sanchez Navarros conformed in some respects to the stereotypes advanced about hacendados, in terms of landownership and the use of debt peonage, in many important areas a different picture emerges. For example, the family's salient characteristic was a business mentality; they built the latifundio to make money, with status only a secondary consideration. Moreover, the family's extensive commercial activities belie the generalization that the objective of every hacendado was to make the estates self-sufficient. Harris emphasizes the great importance of the Sanchez Navarros' widespread network of family connections in their commercial and political activities. A Mexican Family Empire is based on the Sanchez Navarro papers-75,000 pages of personal letters, business correspondence, hacienda reports and inventories, wills, land titles, and court records spanning the period from 1658 to 1895. Harris's thorough research of these documents has resulted in the first complete social, economic, and political history of a great estate. The geographical and chronological boundaries of his study permit analysis of both continuity and change in Mexico's evolving socioeconomic structure during one of the most decisive periods in its history-the era of transition from colony to nation.
Toon meer Toon minder