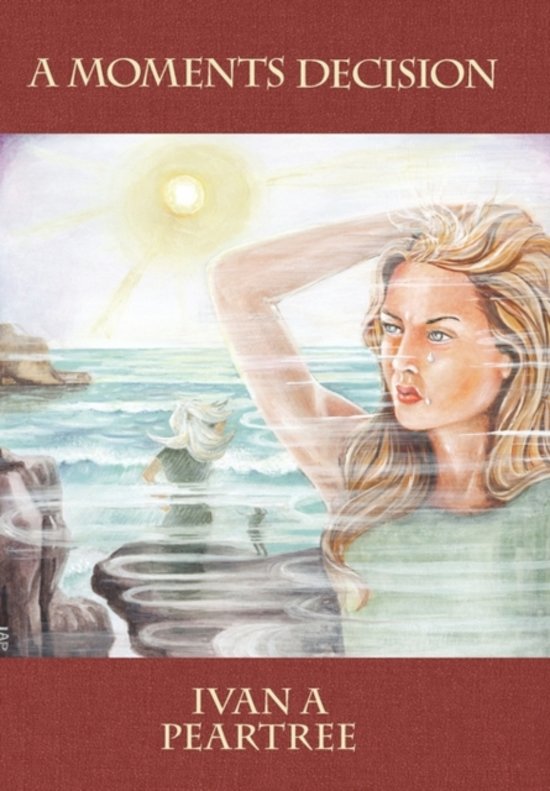 A MOMENTS DECISION by IVAN A PEARTREE commences in the mid nineteen-fifties. One wintry morning an incident occurs within the depths of Jonathon Fisher's beloved River Stour in the English county of Suffolk. It was soon after this tragic event had taken place, and in order to rid them of the unsavoury taste that had built up because of it, that Jonathon, together with his two Mothers endure an extremely difficult and dramatic holiday on England's south coast where they found their hotel to be a sham. After building a most unsavoury relationship with one of Dorset's most obnoxious sons, Jonathon, decides that a spot of rock abseiling might be helpful in order to lessen the distress of any maidens who may have found themselves arguing with Warbarrow Tout. With over subscribed relations with Dorset's friendly hospital hovering, the Fishers return to Suffolk with more passengers than were taken with them. It was after his return to the Mansion when Jonathon became guilt ridden because he had taken for granted the munificence of a past relative. And so, not being comfortable with the situation as it was, he and his girlfriend set off to right matters but without express permission of the Mothers, which in itself is not advisable, and which proved to produce more serious and unwanted results than the couple had bargained for.
Toon meer Toon minder