A Place Called Wallbridge A History of the Community of Wallbridge 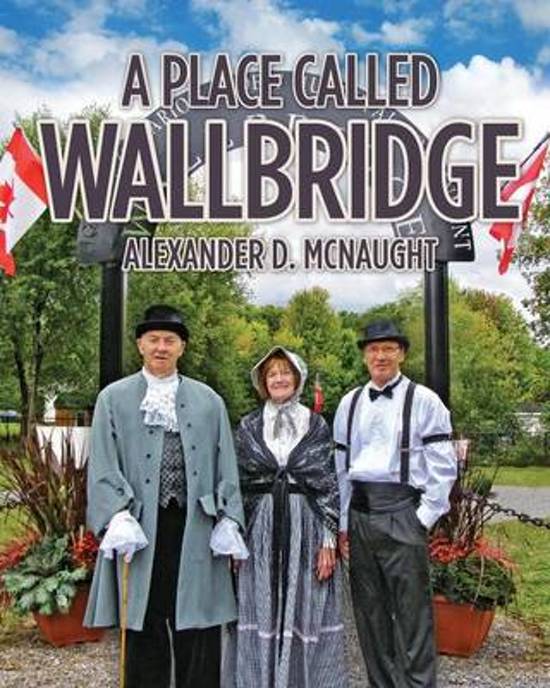 Alex McNaught was raised on a farm in the community of Wallbridge where he attended the Wallbridge Public School (SS #13 Sidney) and the Wallbridge United Church. He is a graduate of Quinte Secondary School, Belleville and the University of New Brunswick, Fredericton, N.B., where he earned BPE, BA and M.Ed. degrees. He was instrumental in the City of Quinte West decision in 2009 to designate the site of the original Sidney Town Hall a historic site and to establish a park on that site to commemorate the historic significance of Wallbridge. In 2013, the City of Quinte West presented him with the Volunteer of Excellence Award for preservation of our history and heritage. He wrote the popular "From the Hack" curling column in The Intelligencer; as well, several of his columns were reprinted by Curl Canada and many newspapers across Canada. As a member of the National Task Force on Children's Play (1974-77), he authored the acclaimed Fair Play Codes for Children in Sport (1979) for the Canadian Council on Children and Youth under commission of the Fitness and Amateur Sport Branch, Department of National Health and Welfare. It was adopted and adapted by municipalities and national and provincial sport governing bodies in Canada, the UK, and Australia for establishing consistent sportsmanlike behaviour for all groups that influence children in sport. He was awarded a Fellowship in the Canadian Association of Health, Physical Education, and Recreation in 1980, and selected an Olympic torchbearer for the 2010 Vancouver Winter Olympics. He retired to the place of his roots where he keeps busy maintaining an acreage and travelling to Vancouver and Halifax to visit his grandchildren.
Toon meer Toon minder