A PostScript to a Discourse of Credit, and the Means and Methods of Restoring It. Written by the Author of the Essay of Ways and Means. and Published in the First Part of His Discourses on the Publick Revenues, ... 1697/8 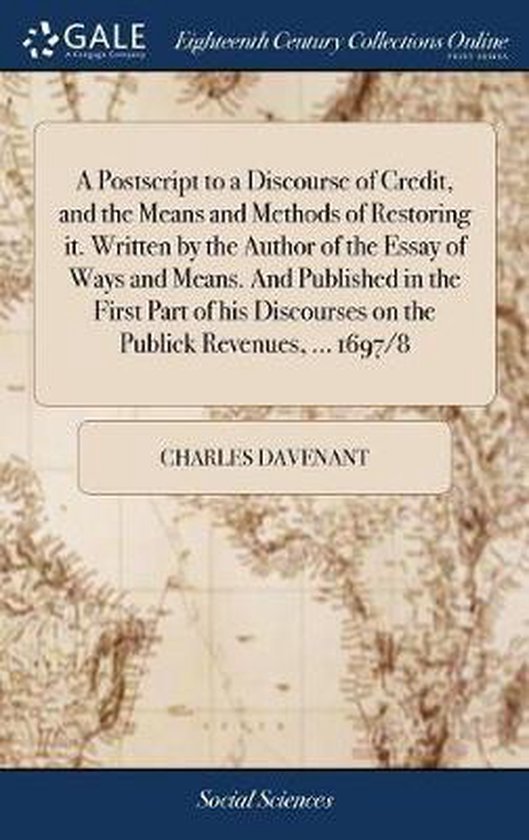