A Whole New World Evolution & the Legacy of Ash Series?book 1 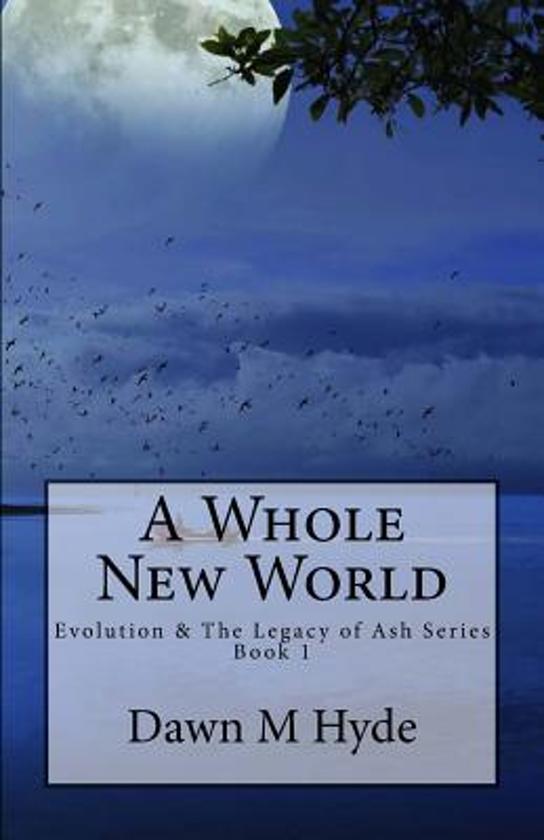 With training now complete and everyone back homeErik and I are finally catching up with our new relationship status, beyond just roomies as before. Oh, theres some laundry in there too. We have avoided potential war, chased dragon tails, got smack with red herrings, and finally passed all thatwe managed to solve the case. Or did we? It wasnt long before Erik interrupted happy Ashleigh fun-time by answering the stupid phone. With the raise of a brow, we were now on to the next case. Well we did have to shower first. Tee! Hee!Erikright in the middle of something here. Outta my head please.Okso some children were kidnapped during a home invasion at the property of a coven not far from us. Coolour first official mission as full Agents. Not cooldads hotel reservation in the rotten part of town near one of the many tourist hotspots in Belize. SoI pulled an Ash and fixed it. Turning this into a work/vacation of our dreams. Talia and I managed to bring our mothers, Eriks parents, and heck we even got the Commander to stop by and set for a spell.Our little reunion was nearly cut short by strange occurrences, mainly involving me. I had been deeply affected by dark magic someone was trying to use on me to interfere with this case. However, we couldnt figure out who or why. So instead of enjoying the sun and the sandeveryone got involved in the work. (Except the mom squadthey were still on vacationand have the shopping bags to prove it.) The strangest connection was how deeply tied to our training case this really was. Someone dropped the ball on the first caseso I still apparently was needed deadand there had been a plan in place all along to do just that. Although, that crazy doc and Madame Chairman both deceasesso who was finishing this off? Or trying to finish me off anyway.After much tedious research, not nearly as bad as at training; we were back to chasing tails, finding information that in no way applied to our circumstances, there was some fun in there too, and then we solved the case. We even managed to endure the most unexpected love connection between Uncle Kenny and our former dorm czar Ms. Desmondwhom weve come to know and love at Katerina. Leading to a surprise ending that still chokes me up just to think off.
Toon meer Toon minder