Acres of Diamonds A Lecture 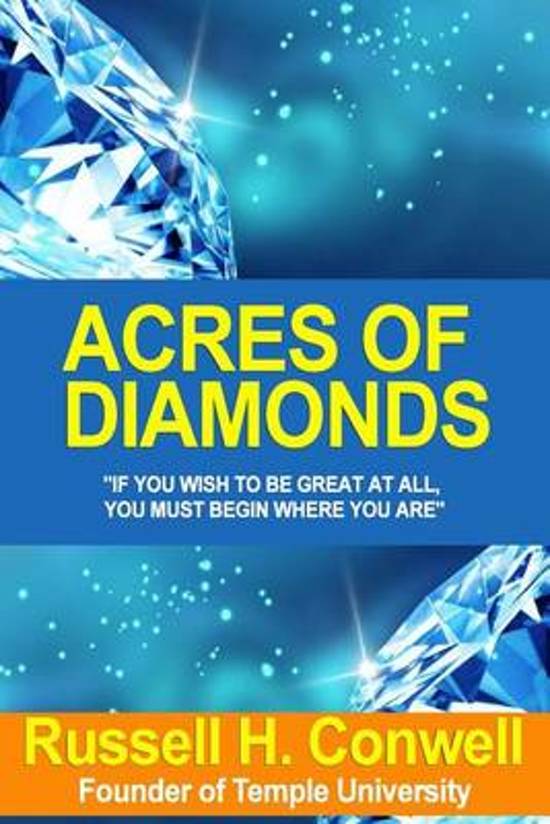 In "Acres of Diamonds," Russell Conwell shows success is a spiritual idea--the result of spiritual principles. Though not a "get rich guide," Conwell's book shows how to find a fortune-if you know where to look. There are as many opportunities for success today as in Conwell's time, if not more so, because they are found first and foremost in one's own conscience. Through his ministry and philosophy that "all good things are possible," Conwell opened the doors of opportunity for untold millions. "Acres of Diamonds" echoes his core belief-that each of us is placed here on earth for the primary purpose of helping others. Conwell was a minister, the founder of Temple University, and two hospitals where no one was ever turned away for lack of money. He was also a famous lecturer. In his lecture, the story is told of a man who sells his farm to travel far and wide in search of diamonds. There is a moral to the story in "Acres of Diamonds," a story which Conwell presented as a lecture more than 6,000 and to untold numbers of people.
Toon meer Toon minder