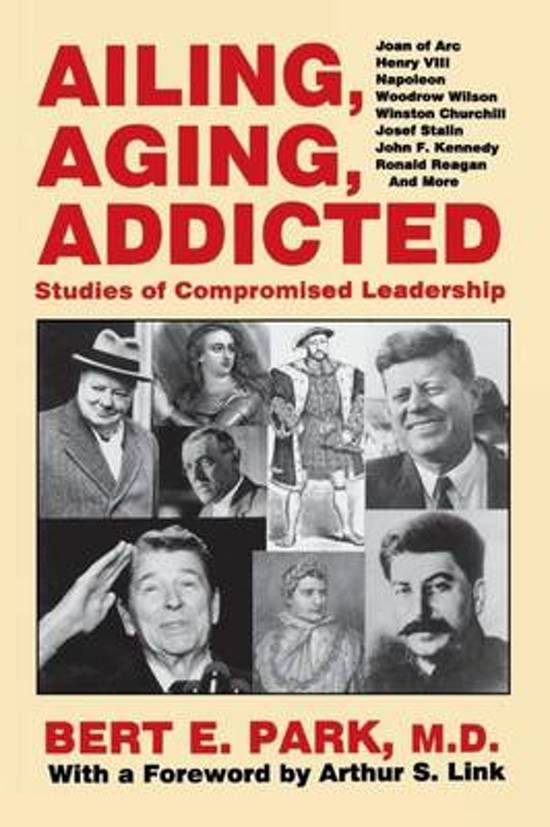 What role did drug abuse play in John F. Kennedy's White House, and how was it kept from the public? How did general anesthetics and aging affect the presidency of Ronald Reagan? Why did Winston Churchill become more egocentric, Woodrow Wilson more self- righteous, and Josef Stalin more paranoid as they aged - and how did those qualities alter the course of history? Was Napoleon poisoned with arsenic or did underlying disease account for his decline at the peak of his power? Does syphilis really explain Henry VIII's midlife transformation? Was there more than messianism brewing in the brains of some zealots of the past, among them Adolf Hitler, Joan of Arc, and John Brown? Most important of all, when does one man's illness cause millions to suffer, and when is it merely a footnote to history? To answer such questions requires the clinical intuition of a practicing physician and the scholarly perspective of a trained historian. Bert Park, who qualifies on both counts, offers here fascinating second opinions, basing his retrospective diagnoses on a wide range of sources from medicine and history. Few books so graphically portray the impact on history of physiologically compromised leadership, misdiagnosis, and inappropriate medical treatment. Park not only untangles medical mysteries from the past but also offers timely suggestions for dealing with such problems in the future. As a welcome sequel to his first work, The Impact of Illness on World Leaders, this book offers scholars, physicians, and general readers an entertaining, albeit sobering, analysis.
Toon meer Toon minder

Historians will be grateful for Park's meticulous and wide-ranging citations and well-crafted index. This book will entertain, provoke, and stimulate historians, physicians, and general readers alike, and should stimulate further scholarship concerning the pathography of world leaders. -- Bulletin of the History of Medicine