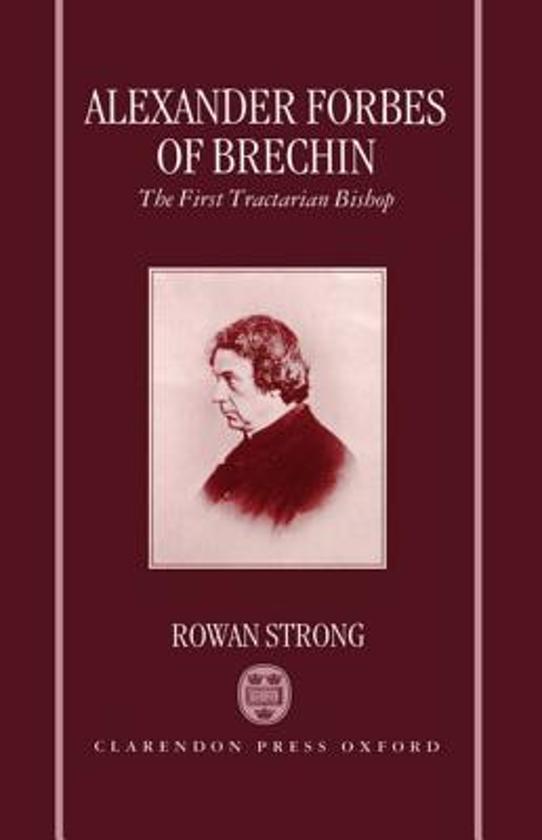 Alexander Forbes, Bishop of Brechin from 1847 to 1875, was the first member of the Oxford Movement to become a bishop. A leading example to many Tractarians and Anglo-Catholics in the Episcopal Church, and in the Church of England, he also became well known to various Roman Catholics in Europe for his work for Catholic reunion in the 1860s. As bishop, and also incumbent of the Scottish Episcopalian congregation in the newly industrialized Dundee, Forbes developed a Tractarian slum ministry unique among Anglican bishops in Britain. It was the influence of the Oxford Movement during the early 1840s that shaped Forbes' social commitment towards the labouring poor, coupled with his inherited Tory paternalism. The Movement also imparted to Forbes a strong belief in the importance of dogmatic theology, as a remedy for the Church period. In 1857, the Tractarian dogmatics of his teaching initiated the Eucharistic controversy within the Episcopalian Church and seriously divided Episcopalian High Churchmen and the Tractarians led by Forbes. In 1860 he was tried for heresy. Although censured, he continued to work for the defence of Scottish traditions in his Church, and for Anglican-Roman Catholic reunion. By the time of his untimely death in 1875, Forbes' place as a leader and example to many sympathisers of the Oxford Movement in Scotland and England was cemented.
Toon meer Toon minder

a welcome addition to recent literature on the Oxford Movement, for it provides valuable insight into the impact of the Movement in Scotland ... Historians have concentrated almost entirely on its influence on the English churches, and have given little attention to its effect in the rest of Britain. Rowan Strong's careful and meticulous study is a salutary corrective to this. This is a carefully researched biography, meticulous rather than scintillating, perhaps, but it fills a real gap in the history of the Oxford Movement ... he provides a sympathetic portrait of a man who, not without justificaiton, has been called 'the Scottish Pusey'. * Graham Patrick, Epworth Review, May 1996 * Strong has written an even-handed book which steers a careful course through theological and ecclesiastical controversies while maintaining a favorable assessment of Forbes. It is a corner of church history which has not been overworked, and he gives it a good telling. His book has the virtue of bringing forth the major issues of Forbes's life with sharp clarity. Strong's book does reveal the interior life of the man. * Richard J. Grace, Providence College, The Historian * Rowan Strong's narrative reads very much life the dissertation for a doctorate that it is, but it gathers together everything that is known about Alexander Forbes, and Scottish Episcopalians, at least, will be grateful for his labours. * Theology * Strong provides much carefully researched detail on the lifestyle of the mill workers ... Strong guides the reader well through the negotiations with various Roman figures ... Forbes emerges from this book, despite his faults of temperament, as a noble figure of great integrity, ever hopeful, ever disillusioned, finally reconciled to being simply pragmatic, a quiet facilitator of the kingdom. * The Glastonbury Bulletin * An account, expressed in love but not without critical appraisal * Expository Times * Well researched and patiently argued, with interesting allusions to the Scottish High Church background, and to the growth of that Church in the nineteenth century,...his treatment of Tractarianism's development, and of Forbes's convictions and style of ministry prove insightful. * William L. Sachs, Religious Studies Review * he has used the form of biography to effect an entry into the history of the Epsicopal Church of Scotland, a history that must now be acknowledged to be interesting * Albion *
Toon meer Toon minder