Alexander the Great and the Mystery of the Elephant Medallions 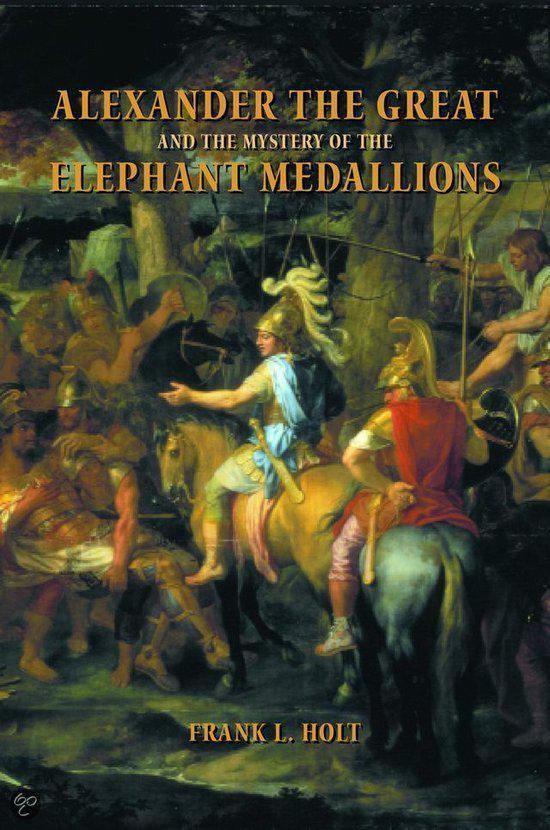 To all those who witnessed his extraordinary conquests, from Albania to India, Alexander the Great appeared invincible. How Alexander himself promoted this appearancehow he abetted the belief that he enjoyed divine favor and commanded even the forces of nature against his enemiesis the subject of Frank L. Holt's absorbing book.

Solid evidence for the ''supernaturalized'' Alexander lies in a rare series of medallions that depict the triumphant young king at war against the elephants, archers, and chariots of Rajah Porus of India at the Battle of the Hydaspes River. Recovered from Afghanistan and Iraq in sensational and sometimes perilous circumstances, these ancient artifacts have long animated the modern historical debate about Alexander. Holt's book, the first devoted to the mystery of these ancient medallions, takes us into the history of their discovery and interpretation, into the knowable facts of their manufacture and meaning, and, ultimately, into the king's own psyche and his frightening theology of war. The result is a valuable analysis of Alexander history and myth, a vivid account of numismatics, and a spellbinding look into the age-old mechanics of megalomania.
Toon meer Toon minder