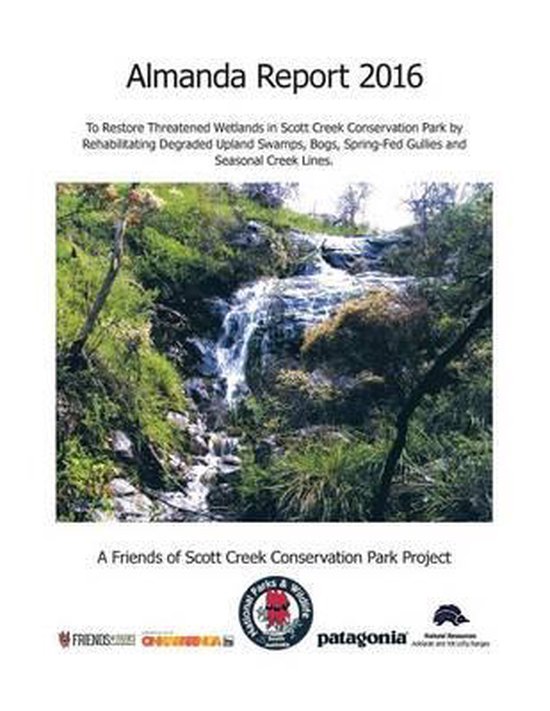 The Almanda Project is restoring rare and beautiful native habitat along eight riparian areas (wetland areas along watercourses) of the Scott Creek sub-catchment within the Scott Creek Conservation Park. Scott Creek Conservation Park is an important biodiversity hotspot of considerable conservation value in the Mount Lofty Ranges south of Adelaide, South Australia. There are few surviving examples of riparian areas in the Mount Lofty Ranges due to land clearing and draining farmland since European settlement. The riparian areas that remain are rapidly degrading due to livestock grazing, week invasion, active erosion, and altered water regimes. The Friends of Scott Creek was established in 1990 and, since that time, have been restoring habitat in the Conservation Park. The Friends group initiated the Almanda Project in 2014 to restore native habitat for twenty-six state-threatened species and two state-threatened species in the eight important riparian areas. The Almanda Project is named after the Almanda Swamp and Creek system in the centre of the park, where historic ruins of an old silver mine, established in 1868, can still be seen today. The project is restoring and increasing the extent of quality of habitat by strategically removing large infestations of serious environmental weeds to facilitate natural regeneration and targeted revegetation. The project is integrated with regional and local government conservation programs. The Almanda Report 2016 begins with a progress report from Peter Wotton, the new president of Friends of Scott Creek Conservation Park, in which he pays tribute to Tom Hands, the highly regarded founding president who sadly passed away late last year. The report describes the methods for successful weed management and the work being done in each of the major creek systems, including Almanda Creek, Blackwater Creek, Fern Gully, and Mackereth Creek. The Mackereth Creek system will realize the benefits of a long-term plan thanks to a partnership with the US-based clothing company Patagonia Inc.