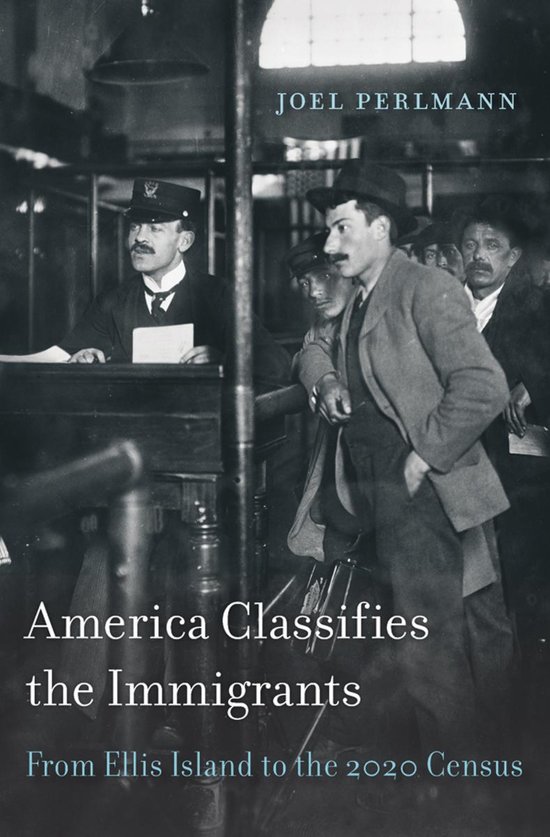 When more than twenty million immigrants arrived in the United States between 1880 and 1920, the government attempted to classify them according to prevailing ideas about race and nationality. But this proved hard to do. Ideas about racial or national difference were slippery, contested, and yet consequential—were "Hebrews" a "race," a "religion," or a "people"? As Joel Perlmann shows, a self-appointed pair of officials created the government's 1897 List of Races and Peoples, which shaped exclusionary immigration laws, the wording of the U.S. Census, and federal studies that informed social policy. Its categories served to maintain old divisions and establish new ones. Across the five decades ending in the 1920s, American immigration policy built increasingly upon the belief that some groups of immigrants were desirable, others not. Perlmanntraces how the debates over this policy institutionalized race distinctions—between whites and nonwhites, but also among whites—in immigration laws that lasted four decades. Despite a gradual shift among social scientists from "race" to "ethnic group" after the 1920s, the diffusion of this key concept among government officials and the public remained limited until the end of the 1960s. Taking up dramatic changes to racial and ethnic classification since then, America Classifies the Immigrants concentrates on three crucial reforms to the American Census: the introduction of Hispanic origin and ancestry (1980), the recognition of mixed racial origins (2000), and a rethinking of the connections between race and ethnic group (proposed for 2020).

We cannot understand America unless we understand race and immigration. To truly comprehend how these two histories overlap and intertwine, we need look no further than the United States government's struggle to define, categorize, and count immigrants and members of racial and ethnic groups. It is Perlmann's brilliant achievement to take what has too often been written as separate stories and tell it as one still unfinished story.--Kenneth Prewitt, former Director of the United States Census Bureau, 1998-2000, and author of What Is Your Race? A work of exacting scholarship and exemplary good sense. Perlmann illuminates as no other scholar has the process by which Americans decided how to classify immigrants. His account offers a much richer and more complex picture of the story than is found in any other work of historical writing.--David A. Hollinger, author of Postethnic America Perlmann transforms our understanding of the history of government efforts to racially classify immigrants to the United States. He unearths a number of fascinating discoveries about a history that many thought was already well-known. His book will be essential reading for all serious scholars of immigration.--Mara Loveman, author of National Colors
Toon meer Toon minder