America since 1945 The American Moment 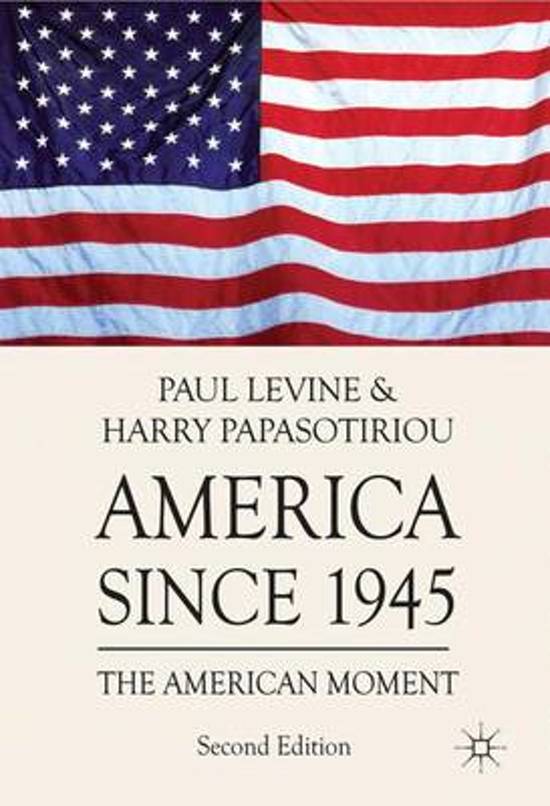 The period from 1945 to the present day may not constitute an American century, but it can be seen as the American Moment: the time when, for good or ill, the United States became the predominant political, military, economic and cultural power in the world. This revised and updated new edition introduces the historic and tumultuous developments in American politics, foreign policy, society and culture during this period. It includes coverage of key recent events, such as the: - 2008 election of Barack Obama - global recession - protracted war in Iraq and Afghanistan - rise of the internet - transformation of American Society and Culture - challenges of new immigration and multi-culturalism - changing global status of the US in the new millennium. Examining the American Moment in a global context, the authors emphasise the interaction between politics, society and culture. America Since 1945 encourages an awareness of how central currents in art, literature, film, theatre, intellectual history and media have developed alongside an understanding of political, economic and social change.
Toon meer Toon minder

Reviews for the 1st first edition: 'A very appealing and useful text for introductory courses in all the American fields: literature, history, art and social science. The co-ordination of chapters offers an effective way of introducing students to the benefits of viewing a historical era from the perspectives of several related disciplines.'- Alan Trachtenberg, Yale University, USA 'A most interesting, even extraordinary book. Juxtaposing historical and political chapters with chapters detailing cultural events it attempts nothing less than that old goal of American Studies: to see American culture whole. As a teaching aid the essays are a valuable tool.' - Jules Chametzky, University of Massachusetts Amherst, USA 'This is a wonderful, searching discussion of the post-WWII period in the United States. It provides a strong narrative without losing sight of the enormous complexity of the period, and the global perspective makes it stand out from many of the textbooks I've read.' - Katherine Ellinghaus, University of Melbourne, Australia 'A very good textbook that fulfills the requirement sine qua non for classroom adoption; that is, it is interesting, informative and innovative.' - Russell Duncan, University of Copenhagen, Denmark 'Students of any subject that contains a component of post-1945 US content will find this book useful in situating their own interests within the broader context of the 'American moment', and general readers curious about the world's last remaining superpower will find it a provocative and stimulating introduction.' - Times Higher Education Supplement
Toon meer Toon minder