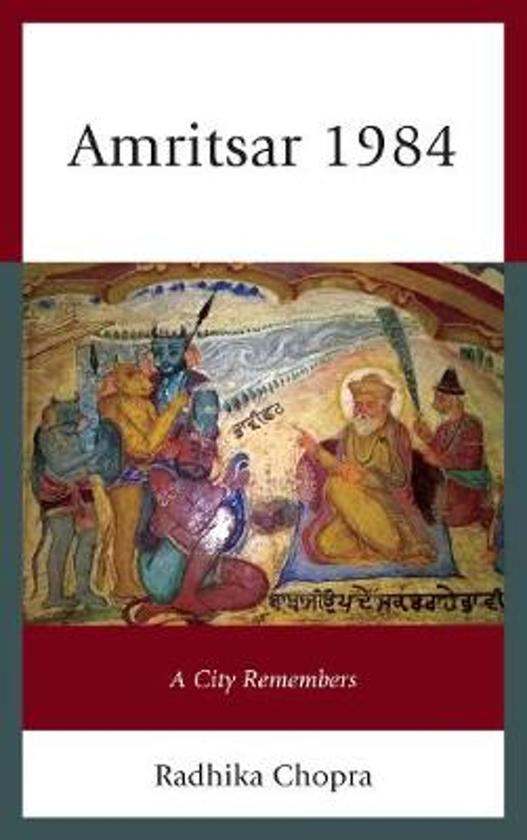 This book explores a traumatic event known throughout India as Operation Bluestar. During the Operation, the Indian army entered one of Sikhism's most sacred shrines, the Darbar Sahib in the city of Amritsar, to dislodge militants who had taken shelter within. Among the many who died during Operation Bluestar was the militant leader, Jarnail Singh Bhindranwale, who is now remembered and commemorated as a martyr. Sikhs revere their martyrs. Images and religious souvenirs of martyrs share space with posters and portraiture of the ten Sikh Gurus. The visual idiom is a key form of remembering the modern martyrs of Operation Bluestar. Despite the emotive imagery, a tension exists between the need to forget the violence of militancy and remembrance of martyrs. It is this tension that shapes accounts of what happened in the city of Amritsar in 1984 before and after Operation Bluestar. But what happened is an account that changes over time and between storytellers. Each account might have a little omission, a small part that is overlooked, ignored, or sometimes laid to rest. Memory has the quality of bringing the past into the present, but with deletions that suit the storyteller and audience. This book traverses the terrain of memory, hollowed out by little bits of forgetting.
Toon meer Toon minder

It is rare to come across a book that alters everything you thought you knew about a landmark event. This is such a book. Drawing on visual ethnography in and around the Darbar Sahib, Chopra crafts a compelling, almost poetic account of how Operation Bluestar in 1984 is remembered in Amritsar today. Analyzing how martyr photographs, souvenirs, buildings and frescoes are designed, placed, changed, moved or censored, this book is not merely indispensable to the study of Sikhism but also to the scholarship of religion and politics worldwide. -- Kathinka Froystad, University of Oslo This book is an interesting and significant exercise in visual anthropology of a traumatic event in the recent history of Amritsar, of Darbar Sahib, of the Sikhs there, and everywhere. It unmasks the dialectical undercurrents of the sacred (divine) and secular (bazaar), remembering and forgetting, past and present, memory and event, amidst attendant forces of religion, politics, and economy. -- Birinder Pal Singh, Punjabi University
Toon meer Toon minder