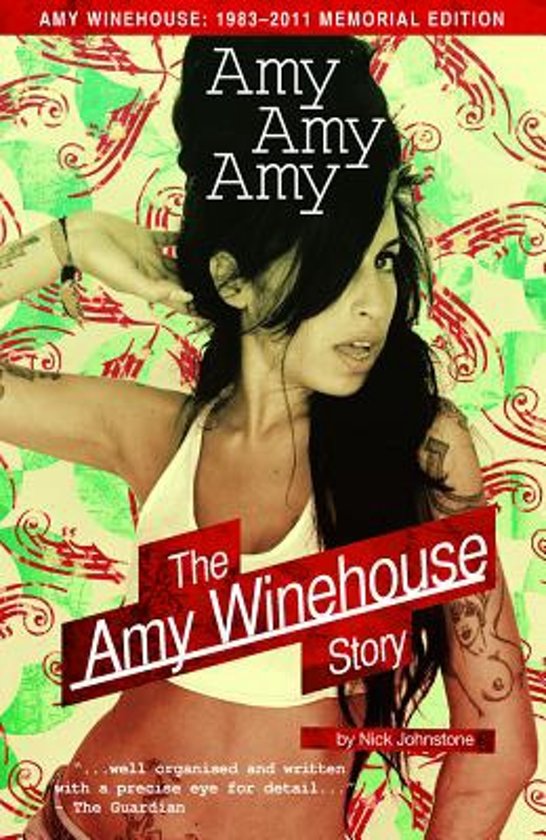 This updated edition takes the story into the summer 2008 with her success at the American Grammies, where she won five awards, Her Brit Award performance, the latest on her 'Blake Incarcerated' and more headline grabbing antics in the bars of Camden Town. It traces her roots back to middle class North London where she grew up in a nice Jewish family, first in Southgate then in East Finchley where she moved to after her parents divorced. It follows her journey to stardom including her expulsion at the Sylvia Young theatre school, her time at the performing arts BRIT school and at a private all girls school in Mill Hill where she was miserable because there were no boys.With original interviews from figures throughout her career, Amy Amy Amy tracks her early singing career, taking in key moments such as being discovered by Simon Fuller's 19 Management Ltd and getting signed to Island Records when she was only 18. It tracks her meteoric rise as Frank and Back to Black catapulted her to stardom and many awards. It details her turbulent personal life taking in the numerous scandals over her open alcohol and drug use, her tussles with anorexia, bulimia and alleged self harm and her chaotic love life, in particular, her Sid 'n' Nancy style marriage to Blake Civil-Fielder.
Toon meer Toon minder