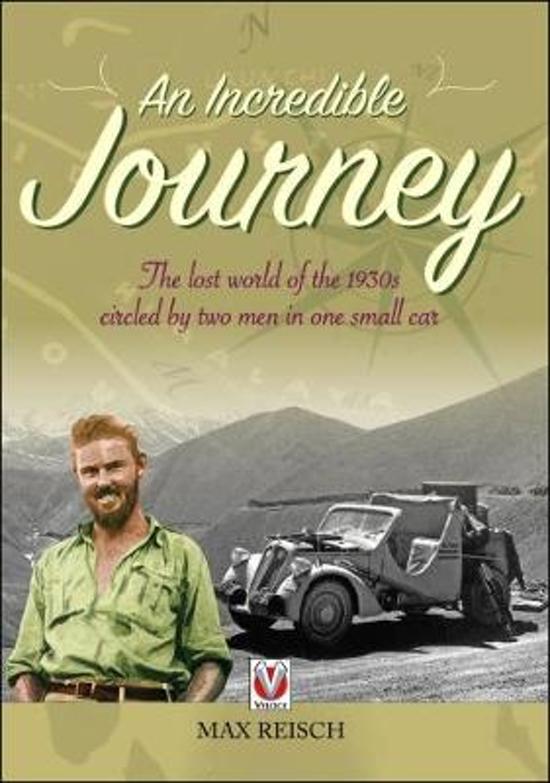 In May 1935, twenty-two-year-old Max Reisch and nineteen-year-old Helmuth Hahmann set out in a small motor car to find a land route from India to China. Their journey across Asia took them from Haifa to Tokyo.In this lively account, the author regales us with one story after another, struck with wonder or struggling against disaster in countries which deeply concern us today: Iraq with its oilfields, ancient Iran in the throes of modernisation, proud Afghanistan, and British India with its stunning variety of civilisation.Before the building of the Burma Road, driving from India to southern China meant sinking over the axles in mud on forest tracks and crossing torrents on rickety ferryboats. It also meant encounters with strange and fascinating peoples and places. With war already on the horizon, Reisch and Hahmann completed their round-the-world trip via Japan and the United States, arriving back in Vienna in December 1936.Originally written by Max Reisch in German, this brand new English translation by Alison Falls captures all the excitement of the journey, and features fascinating historical photos of the journey from the Reisch archives.
Toon meer Toon minder

Max Reisch's story telling is detailed and his style is an easy read, conversational and witty, aided no doubt with brilliant translation by Alison Falls. She brings the German text to an English audience, ensuring it remained free-flowing and exciting. This journey certainly was incredible and totally absorbing 80 years on; fully capturing the essence of adventure with pre-war cultures (many of which have disappeared) all enjoyed from the seat of a small Austrian motor car. A real Boys Own' adventure featuring two young men who took a camera and drive around the world. - Grant Ford, Freelance. Reisch and his travelling companion, 19-year old Helmuth Hahmann, took the (literally and metaphorically) rough with the smooth along the way, and their approach to the locals was clearly one of respect and interest. That approach is explained thourghout the book and today's trustafarian travellers could do well to take note. Numerous visits to collect visas, source fuel, repair the car, and be feted at numerous soirees add to the story's flavour, making this far, far more than just a travelogue. Plaudits should be given not only to Reisch, whose enthusiasm brought the journey to fruition, but to translator Alison Falls, who has managed to preserve the trip's flavour without the stilted prose too many translated books suffer from. The result is an uplifting read ideal for both those with wanderlust, and those with an interest in cars. - on-magazine.co.uk. The book, An Incredible Journey: The Lost World of the 1930s Circled by Two Men in One Small Car, captures all the excitement of the journey including crossing torrents on rickety ferryboats, sinking over the axles on forest tracks and encountering strange and fascinating people and places. The enthralling text is backed up by a wealth of fascinating historical photographs taken during the adventure. The book will hold the attention of the reader as they discover a very different world of that of today. - Irish Vintage Scene. First published in Austria in 1984, this story of a remarkable overland journey is now available in English in a 288-pages softcover book. With its very good selection of black and white photos of people and places they came across, this is a fascinating account of a true motoring adventure! - Classic Driver Monthly. The 288-page paperback, with lots of great black and white photos, is a terrific adventure story and fun read, and worth a spot in the library of any classic car enthusiast. - Classic MGa wonderful book ... To be honest, the book is as delightful and interesting as a record of a lost world as it is a motoring journal ... I review a lot of books; this will remain one of my favourites. Hagerty Classic Cars newsletter
Toon meer Toon minder