Past and Present Publications Crime and Law in England, 1750-1840: Remaking Justice from the Margins 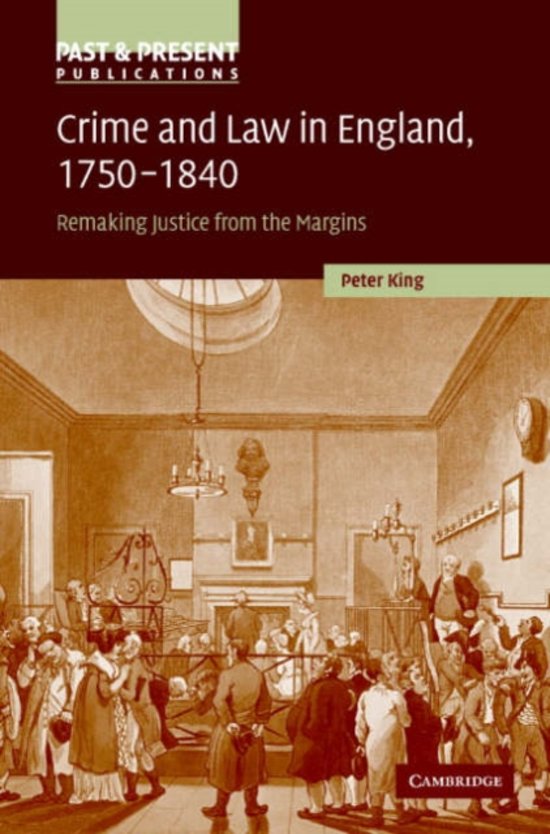 How was law made in England in the eighteenth and early nineteenth centuries? Through detailed studies of what the courts actually did, Peter King argues that parliament and the Westminster courts played a less important role in the process of law making than is usually assumed. Justice was often remade from the margins by magistrates, judges and others at the local level. His book also focuses on four specific themes - gender, youth, violent crime and the attack on customary rights. In doing so it highlights a variety of important changes - the relatively lenient treatment meted out to women by the late eighteenth century, the early development of the juvenile reformatory in England before 1825, i.e. before similar changes on the continent or in America, and the growing intolerance of the courts towards everyday violence. This study is invaluable reading to anyone interested in British political and legal history.
Toon meer Toon minder

There is not much with which to quibble in this beautifully researched book. King's references show a mastery of historical writings relevant to his work as well as an understanding of the literature in several related fields such as criminology... his study is undeniably important. - H-Law, Elisabeth Cawthon, University of Texas at Arlington Crime and Law in England is the product of years of painstaking research. While five of its ten chapters have previously been published, their reproduction here is a boon to anyone teaching criminal justice history. More importantly... King has advanced a thought-provoking argument with respect to the way in which we approach the history of English criminal justice as a whole. - H-Law, Allyson N. May, Department of History, The University of Western Ontario