Answers for Mess. Pewtress and Robarts, Bankers in London, and George Home Writer to the Signet, Their Factor, to the Petition of Thomas Thorald 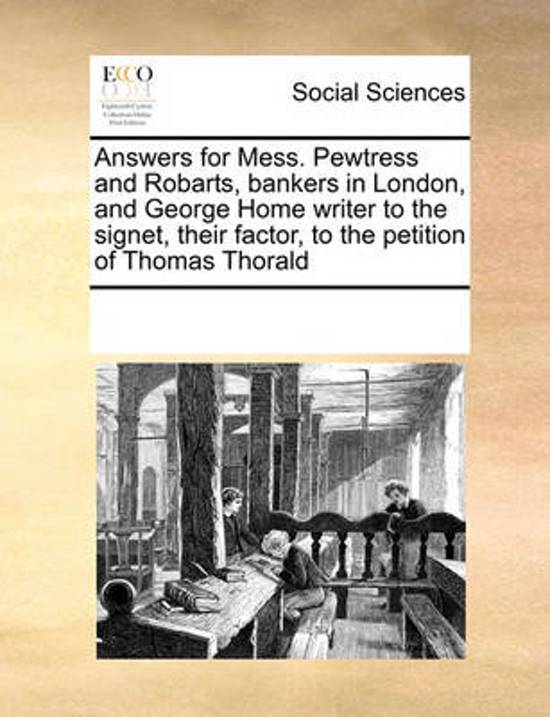