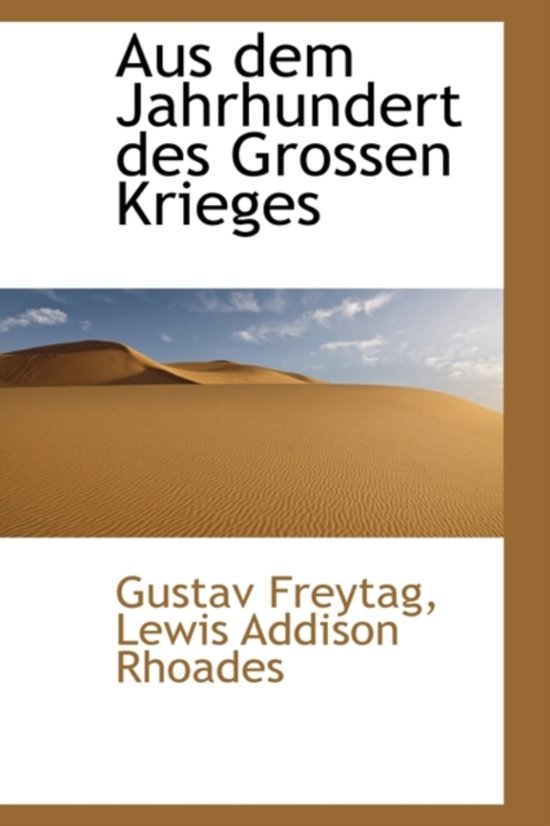 In German, with an Introduction, Translation Exercises Based on Text, Notes, and Complete Vocabulary in English by Lewis Addison Rhoades, Ph.D., Late Professor of German in the Ohio State University. In this book on the Thirty Years War, Gustav Freytag sought to depict the character and organization of the army, the life and customs of camp, public opinion of the time, and the conditions of the cities at the close of the war. As a novelist Gustav Freytag (1816 - 1895) invites comparison with Charles Dickens. He, too, has a vein of humor, power of observation and a gift of psychologic analysis.