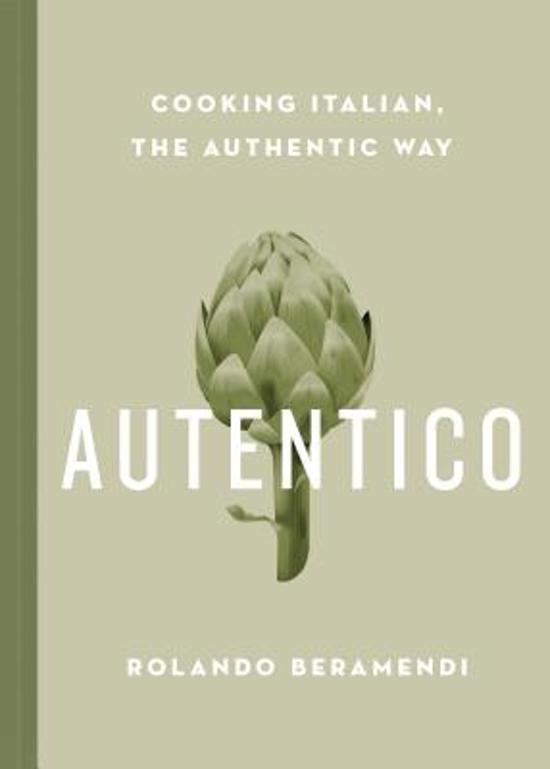 Unlike so many Italian cookbooks, Autentico goes far beyond pasta. In a world where culinary shortcuts, adulteration, misleading labeling, and mass production of seemingly authentic food rule, culinary archaeologist, innovator, importer, and cooking teacher Rolando Beramendi has kept centuries-old culinary traditions alive. Nothing is more authentic than that. In Autentico, Rolando details how to make some classic dishes such as spaghetti cacio e pepe, Tuscan ragu, and eggplant parmesan as they were meant to be made - not the versions that somehow became muddled as they made their way across the Atlantic. Among the 150 recipes, you'll find Baked Zucchini Blossoms filled with goat ricotta, rather than mozzarella; The Greenest Minestrone; Gnocchi with Kale Pesto; Risotto with Roasted Beets, Gorgonzola, and Pistachios; Roast Lamb with Red Peppers; Salt Cod with Prunes, and a Tuscan Stew with spice route flavors that could have been served to the Medicis during the Renaissance. And of course, there are dolci (desserts): Summer Fruit Caponata, Meringata with Dark Chocolate Sauce, and Olive Oil Cake with Blood Orange Syrup.
Toon meer Toon minder

Authentic does indeed define this first cookbook from a longtime importer of Italian fine foods to the U.S. Even better, Beramendi is generous with credits, clear about his preference for simplicity (for instance, avoiding overcrowded plates and recipes with too many disparate ingredients), and forthright about his likes and dislikes. Expect great information about the basics, from deciphering important labels like DOP and IGP, to explicit instructions for the selection, use, and care of anchovies, capers, garlic, and other ingredients ... Autentico--and magnifico. --Booklist Magazine Perhaps because he loves to entertain, the author's tone is not so much that of a chef (although he is a chef) as that of a congenial host always at play in the kitchen. . . . The recipes are accessible and, true to the book's title, authentic. --Publishers Weekly Rolando Beramendi has had an enormous impact on American food. His fingerprints are all over our business here at Zingerman's, and I know we're not alone. -Ari Weinzweig, Zingerman's Rolando Beramendi brings the bounty of Italy to our tables with recipes that celebrate the vibrant ingredients and fresh flavors of his home country. A true talent in the kitchen, Rolando tantalizes us with everything from vegetable-friendly contorni to fruit-forward, rustic desserts. Autentico is bellissimo! - David Lebovitz, author of L'appart and My Paris Kitchen Rolando Beramendi has an unrivaled passion for the Italian foods he sells...With unbridled and infectious joy, Rolando speaks of their history, explains how to use them, even how to eat them. I truly believe that if it weren't for Rolando, the Italian food products available in America would not nearly be at the high level of quality they are now. Cooks and diners alike in America owe Rolando a debt of gratitude. -Nancy Silverton, chef/co-owner of Mozza Restaurant Group Rolando has an amazing eye (as well as a nose and a palate) for the very best in food and drink, and he is as apt to find it in a peasant farmhouse in Tuscany as he is in an aristocratic palazzo in the Veneto. -Nancy Harmon Jenkins Rolando arrives at my house like a gust of spring, laden with new ideas, recipes and flavors. Bolstering his enthusiasm is a profound knowledge of Italian food, based on experience in the kitchen as well as at the table of Italy's greatest cooks. The idea that all of this will be encapsulated in a book that I can consult at will is very exciting. -Mary Taylor Simeti, author of On Persephone's Island: A Sicilian Journal (Vintage) and Pomp and Sustenance: Twenty Centuries of Sicilian Food Americans should be thankful to Rolando for the wonderful products that he has introduced to this country. -Rosetta Costantino
Toon meer Toon minder