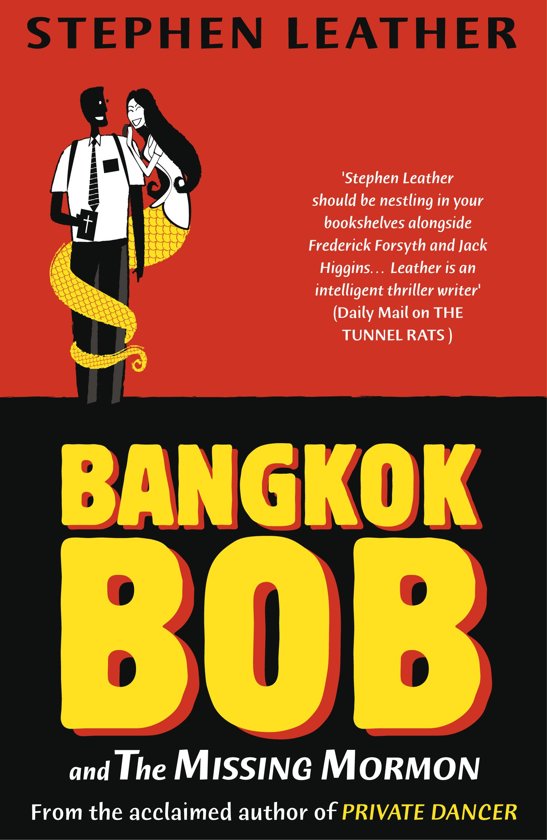 Long-term Bangkok resident and former New Orleans cop Bob Turtledove has the knack of getting people out of difficult situations.


So when a young man from Utah goes missing in Bangkok, his parents are soon knocking on Bob's door asking for help.


But what starts out as a simple missing person case takes a deadly turn as Bangkok Bob's search for the missing Mormon brings him up against Russian gangsters, hired killers, corrupt cops and kickboxing thugs.


And he learns that even in the Land of Smiles, people can have murder on their minds.


Stephen Leather is one of the UK's most successful thriller writers and is published in more than twenty languages. He was a journalist for more than ten years on newspapers such as The Times, the Daily Mail and the South China Morning Post in Hong Kong. Before that, he was employed as a biochemist for ICI, shovelled limestone in a quarry, worked as a baker, a petrol pump attendant, a barman, and worked for the Inland Revenue. He began writing full time in 1992. His bestsellers have been translated into more than ten languages. He has also written for television shows such as London's Burning, The Knock and the BBC's Murder in Mind series, and two of his books, The Stretch and The Bombmaker, were turned into movies.