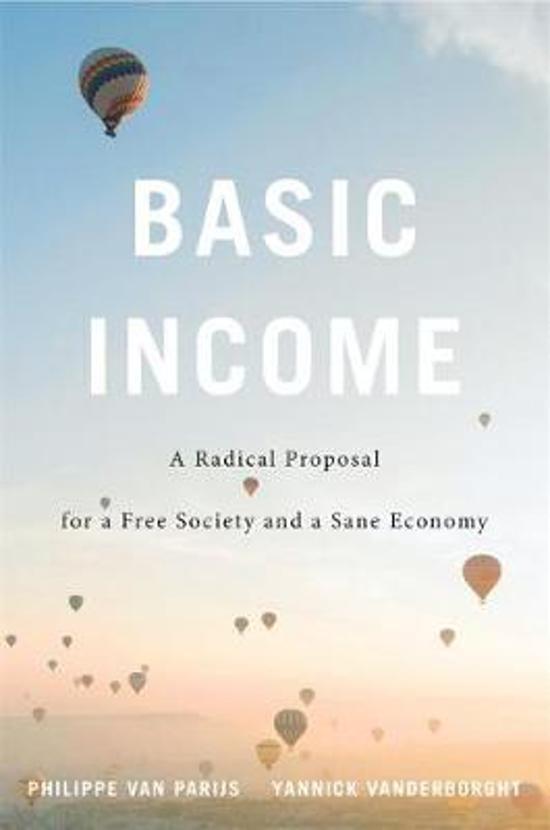 Powerful as well as highly engaging-a brilliant book. -Amartya Sen A Times Higher Education Book of the Week It may sound crazy to pay people whether or not they're working or even looking for work. But the idea of providing an unconditional basic income to everyone, rich or poor, active or inactive, has long been advocated by such major thinkers as Thomas Paine, John Stuart Mill, and John Kenneth Galbraith. Now, with the traditional welfare state creaking under pressure, it has become one of the most widely debated social policy proposals in the world. Basic Income presents the most acute and fullest defense of this radical idea, and makes the case that it is our most realistic hope for addressing economic insecurity and social exclusion. They have set forth, clearly and comprehensively, what is probably the best case to be made today for this form of economic and social policy. -Benjamin M. Friedman, New York Review of Books A rigorous analysis of the many arguments for and against a universal basic income, offering a road map for future researchers. -Wall Street Journal What Van Parijs and Vanderborght bring to this topic is a deep understanding, an enduring passion and a disarming optimism. -Steven Pearlstein, Washington Post
Toon meer Toon minder

This is a major contribution to the effort to design a realistic program for achieving social justice in the twenty-first century.--Bruce Ackerman, Yale University The West is awash these days in populist movements that cloak repressive and inegalitarian agendas. In these troubled times, an unconditional basic income is a beacon: a workable proposal that furthers freedom and equality for all. In this book, two modern pioneers of the UBI make the moral and practical case for endowing everyone with the resources to shape a life of their own choosing.--Anne Alstott, Yale University The idea of a universal basic income has been around for quite a while, but has the time for it finally arrived? This superb, closely argued book makes the case for the affirmative answer. While the authors do not hide their sympathies, they approach their subject with a philosopher's care for ethical justification, a historian's focus on the antecedents, an economist's concern for incentives, an empiricist's respect for evidence, and a practitioner's attention to feasibility.--Dani Rodrik, John F. Kennedy School of Government, Harvard University In this important introduction to the 'basic income' initiative--an economic proposal that may radically transform the nature of the modern economy and society--two leading social scientists examine the ethics and economics of the proposed move. This is essential reading for anyone interested in the problems of deprivation and unfreedom that survive even in the richest countries in the world. The remedial reasoning presented by Van Parijs and Vanderborght is powerful as well as highly engaging--a brilliant book.--Amartya Sen, Harvard University Although their goal is utopian, Van Parijs and Vanderborght aim to infuse it with economic and political realism...What Van Parijs and Vanderborght bring to this topic is a deep understanding, an enduring passion and a disarming optimism.--Steven Pearlstein Washington Post (03/24/2017) Will be essential for the ongoing debate.--Ben Collyer New Scientist (06/27/2017) A meticulously comprehensive, frequently persuasive accounting of [universal basic income's] superiority by measures economic, philosophical, and pragmatic.--Nathan Heller New Yorker (07/09/2018) Van Parijs and Vanderborght go deep, focusing exclusively on a universal guaranteed income and examining a range of philosophical, practical and political arguments for and against it. In considered, often enlightening, prose, they delve into John Rawls, Ronald Dworkin and Amartya Sen. They look at a number of alternative schemes; they discuss various objections to guaranteed income programs, including those over cost, free riding, and the possibility of diminished incentives.-- (03/04/2017) Van Parijs and Vanderborght have done the discussion of a universal basic income a great service. They have set forth, clearly and comprehensively, what is probably the best case to be made today for this form of economic and social policy.-- (10/12/2017) Provid[es] argument after argument as to why [basic income's] introduction would be 'economically clever' and why it is the next logical step to take in a long history of social policies aimed at reducing poverty and inequality. Their proposals are not only clear but also extremely pragmatic...The value of this book is that, more comprehensively than any other study yet, it explains why an obligation-free income for all would be so beneficial, and it also charts how this could be incrementally attained.-- (03/16/2017) The book is likely to become a primer on core debates, such as the scheme's overall feasibility, but its most striking aspect is how the authors make their argument. They justify a basic income not as a tool with which to address inequality, but rather as an 'instrument of freedom.'-- (03/16/2017) Van Parijs and Vanderborght...make a sturdy ethical and philosophical argument for the provision of universal basic income... This thorough, thoughtful study will undoubtedly become a much-cited landmark work on its subject.--Publishers Weekly (01/30/2017) The concrete proposal for reducing economic inequality makes it a good complement to Thomas Piketty's Capital in the Twenty-First Century. This work, while certainly controversial to some readers, is a sober and well-argued study of the basic income concept.-- (03/01/2017) What matters--what will lift the heart of every reader of Basic Income--is that Van Parijs and Vanderborght have enlisted the rigor and scruple of first-rate social science in the service of a generous social vision that is at least as old as Saint Ambrose and as up-to-date as Pope Francis. Our sensible and humane descendants--they are bound to be sensible or humane, since humanity would otherwise have long since succumbed to nuclear or environmental catastrophe--will doubtless wonder, with the easy impatience of posterity, what we were waiting for. They may, in fairness to us, decide that we were waiting for books like this.-- (05/05/2017) Basic Income provides a rigorous analysis of the many arguments for and against a universal basic income, offering a road map for future researchers who wish to examine policy alternatives.--Marc Levinson Wall Street Journal (03/23/2017)
Toon meer Toon minder