Before Columbus Exploration and Colonization from the Mediterranean to the Atlantic, 1229-1492 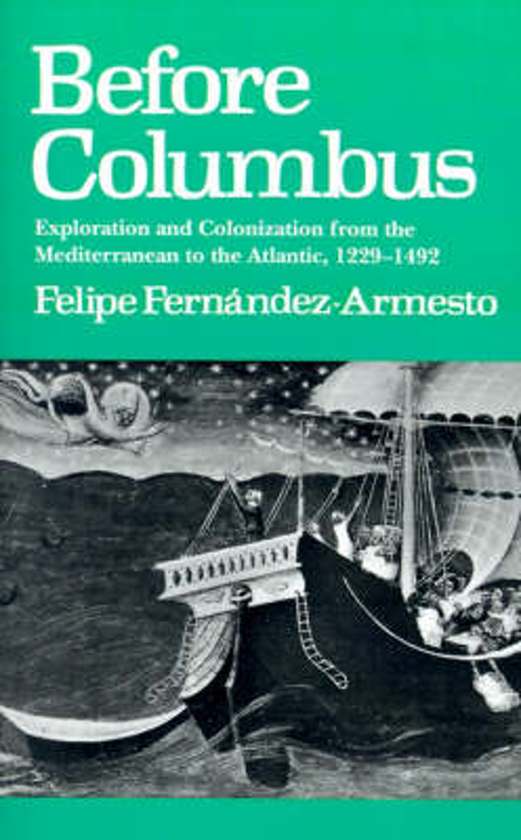 Demonstrating that Columbus's voyage was a new step in a centuries-old process of European expansion, Fernandez-Armesto provides a stimulating account of the broadening of Europe's physical and mental horizons in the Middle Ages. He shows how the techniques and institutions of medieval colonial expansion that were applied to the New World made long-term conquest and settlement possible. A brief introduction analyzes the problems that face students and historians. Then, concentrating on medieval Spanish colonial development, but carefully linking that development to the wider European process of expansion, the author surveys the great areas of expansion in the Western Mediterranean: the island conquests of the House of Barcelona; the first Atlantic Empire in Andalusia, its environs, Valencia, and Murcia; the Genoese Mediterranean; and the North African coast. In the last four chapters, Fernandez-Armesto sketches the course and characteristics of early European expansion of the Atlantic before Columbus and highlights the impact of geography and anthropology on the discovery of the Atlantic space. The emphasis throughout is on tracing the elements of continuity and discontinuity between Mediterranean and Atlantic worlds and studying how colonial societies originate and behave.
Toon meer Toon minder

A welcome addition to the growing literature dedicated to 'Atlantic Studies.'... Recommended for the professional scholar, the university student, and the educated public. -History Fernandez-Armesto writes thoughtfully of medieval Spanish colonial development and other European expansion in the western Mediterranean... A lively and sustained narrative. -Choice