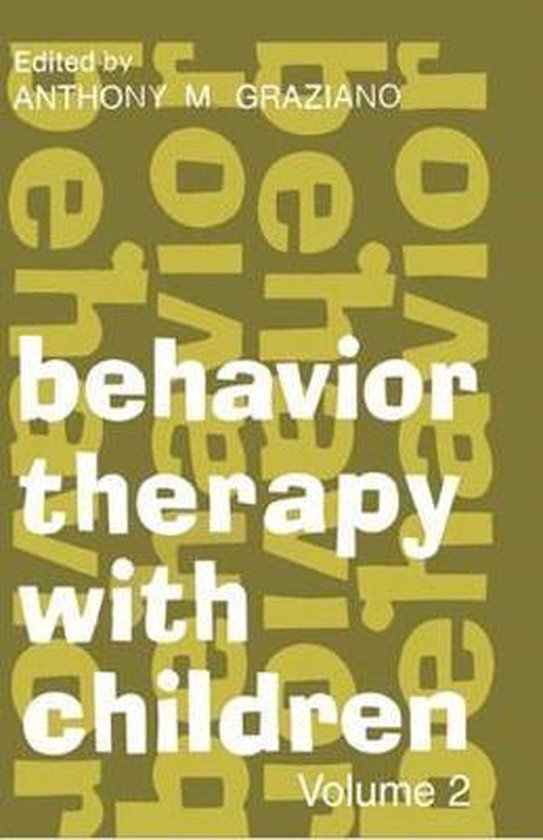 The term behavior modification refers to the systematic analysis and change of human behavior and the principal focus is on overt behavior and its relationships to environmental variables. Behavior modification can be applied in many settings, the nature of which helps to define its subsets. Thus, applied in clinical settings, toward clinical goals, it encompasses the subset behavior therapy. In Behavior Therapy with Children, Volume 2, Anthony M. Graziano focuses on behavior therapy--specifically, the behavioral treatment of children's clinical problems. The field of behavior modification encompasses an astonishingly wide and varied spectrum of concepts about and approaches to education, clinical problems, social programming, and rehabilitation efforts. A conceptually and technologically rich medium, it has been nourished by the psychology laboratory, the school, and the psychiatric clinic. It is an area with diffuse boundaries surrounding a highly active center, within which apparently solid landmarks have already been worn away by the dissolving action of corrective self-criticism--immeasurably aided by the catalysts stirred in by the field's many critics. The activity continues, the dynamic field boils, and the medium enriches itself. There appears to be a tendency, particularly among new behavior therapists, to limit their focus too narrowly to the client's systems of overt behavior. In this project, psychological therapy begins with a personal, interactive social situation in which the generally expected human response of interest, sympathy, and support, is the minimum condition. Graziano maintains that these clinical sensitivity skills must be preserved in behavior therapy and enhance its important contribution to advancing the therapeutic endeavor.
Toon meer Toon minder