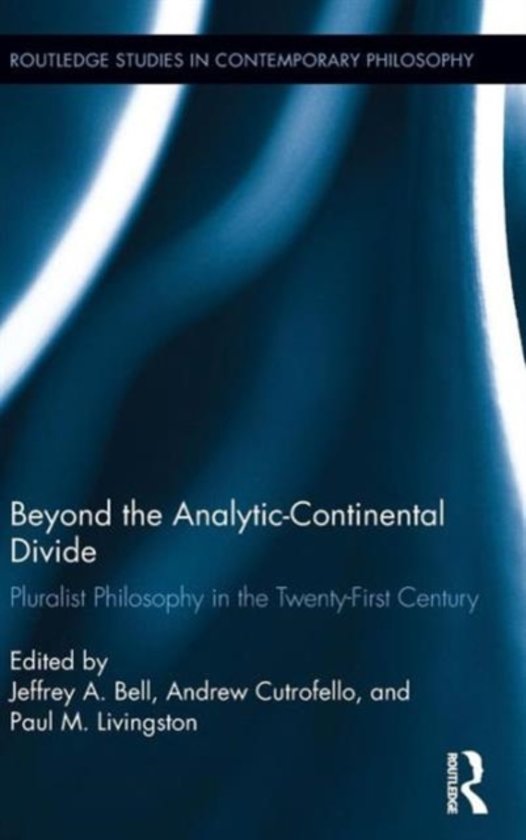 This forward-thinking collection presents new work that looks beyond the division between the analytic and continental philosophical traditions—one that has long caused dissension, mutual distrust, and institutional barriers to the development of common concerns and problems. Rather than rehearsing the causes of the divide, contributors draw upon the problems, methods, and results of both traditions to show what post-divide philosophical work looks like in practice.Ranging from metaphysics and philosophy of mind to political philosophy and ethics, the papers gathered here bring into mutual dialogue a wide range of recent and contemporary thinkers, and confront leading problems common to both traditions, including methodology, ontology, meaning, truth, values, and personhood. Collectively, these essays show that it is already possible to foresee a future for philosophical thought and practice no longer determined neither as "analytic" nor as "continental," but, instead, as a pluralistic synthesis of what is best in both traditions. The new work assembled here shows how the problems, projects, and ambitions of twentieth-century philosophy are already being taken up and productively transformed to produce new insights, questions, and methods for philosophy today.
Toon meer Toon minder

To sum up: Many of the papers in this collection merit close and sustained attention. In consequence, so does the volume. --Notre Dame Philosophical Reviews In sum, these essays seek a pluralistic synthesis between the exactitude of analytic philosophy and the relativizing character of Continental thinking: Recommended. --CHOICE