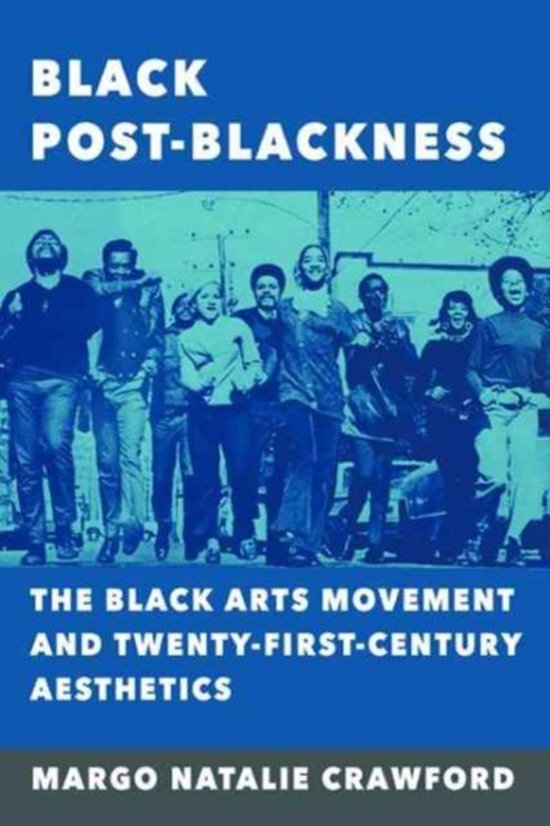 A 2008 cover of The New Yorker featured a much-discussed Black Power parody of Michelle and Barack Obama. The image put a spotlight on how easy it is to flatten the Black Power movement as we imagine new types of blackness. Margo Natalie Crawford argues that we have misread the Black Arts Movement's call for blackness. We have failed to see the movement's anticipation of the new black and post-black. Black Post-Blackness compares the black avant-garde of the 1960s and 1970s Black Arts Movement with the most innovative spins of twenty-first century black aesthetics. Crawford zooms in on the 1970s second wave of the Black Arts Movement and shows the connections between this final wave of the Black Arts movement and the early years of twenty-first century black aesthetics. She uncovers the circle of black post-blackness that pivots on the power of anticipation, abstraction, mixed media, the global South, satire, public interiority, and the fantastic.
Toon meer Toon minder

In our putatively post-racial America, nothing can bring race racing back more quickly than a discussion of post-blackness. 'Your post-black ain't like mine' isn't the title of any song, but perhaps should be. Margo Crawford coins the term, then assays the coinage. With a deep, scholarly assurance, she revisits misunderstood moments of the Black Aesthetic Movement, limning a poetics of anticipation that tells us so much about our present. --Aldon Lynn Nielsen, author of Integral Music: Languages of African American Innovation An original and very important contribution to African American Studies, American literature, and African American thought. Eloquent, exciting to read, as energetic as its subject matter. --Farah Jasmine Griffin, author of Harlem Nocturne: Women Artists and Progressive Politics During World War II The book itself reads as a thoughtfully conceived and researched love letter to the BAM that looks hopefully to the possibilities of a relationship with black post-blackness in our contemporary moment. --MELUS Black Post-Blackness moves rigorously with and against the grain of the most important work in black studies and performance studies, thereby joining it. In showing how blackness is unexhausted by the question of identity, Margo Natalie Crawford keeps its study on new, constantly renewed, persistently renewable footing. --Fred Moten, author of In the Break: The Aesthetics of the Black Radical Tradition Highly recommended. --Choice
Toon meer Toon minder