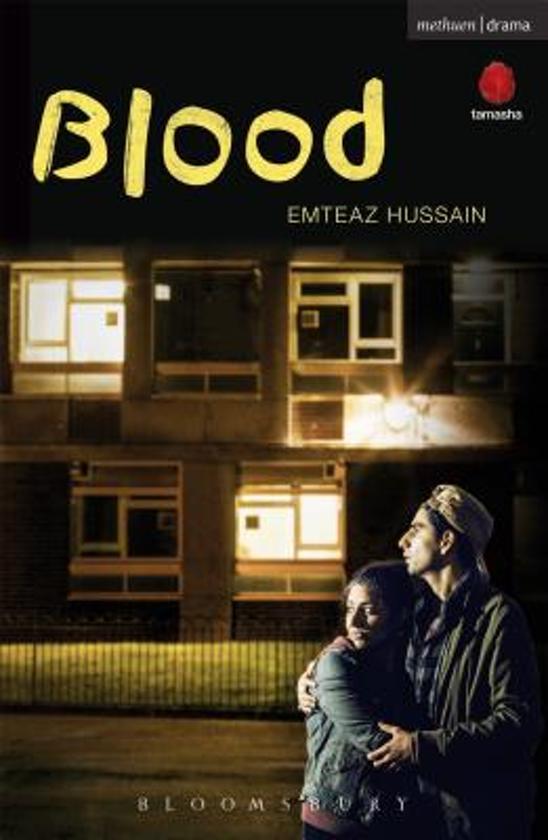 
A twenty-first-century love story. Caneze meets Sully in the college canteen. The heat rises over triple chilli sauce in Nando's. She makes her move in the sweet smoke of a shisha bar. A touchpaper is lit . . . but neither of them bargained on the lengths to which her brother would go to keep them apart.


Blood is a heartfelt play by Emteaz Hussain, the writer of Tamasha's Sweet Cider. It received its world premiere in a production by Tamasha Theatre company in March 2015.

There's a lively touch of comedy to Emteaz Hussain's play . . . yet the sense of danger is palpable and oppressive. * Guardian * Boy meets girl, their relatives disapprove, trouble ensues; it's the same old story, delivered from a fresh perspective in Emteaz Hussain's new play . . . The best of Hussain's jagged dialogue is crammed with urban argot, alongside Sully's efforts at gangsta rap . . . and ravishing quotations from Urdu poetry. It's impossible not to be touched by the blossoming romance . . . there's a piquancy here, a tenderness and a rough-edge ardour that keep us hooked until the rather abrupt end. * The Times *