Cambridge Texts in the History of Political Thought Bodin: On Sovereignty 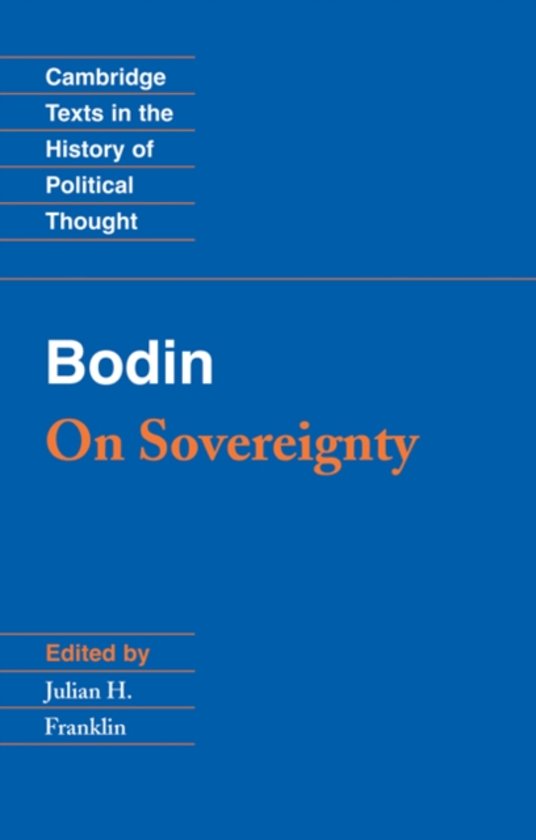 Bodin's Six livres de la republique is a vast synthesis of comparative public law and politics, the theoretical core of which is formed by the four chapters translated in this volume. These contain his celebrated theory of sovereignty, which informed his thinking on the state and made his Republique a landmark in the development of European political thought. This theory, however, also included a seductive but erroneous thesis that was of great importance for the development of royalist ideology: the idea that sovereignty is indivisible, that the entire power of the state has to be vested in a single individual or group. This thesis, together with the crisis of authority in the French religious wars, led Bodin to a systematically absolutist interpretation of the French and other contemporary monarchies. His primary aim was to exclude any legal ground of forcible resistance. A king of France, he hoped, would continue to adhere to moral and prudential limitations, but a proper king, he insisted, could not be lawfully constrained. This is the first complete translation of these chapters into English since 1606. It is accompanied by a lucid introduction, a chronology, and a bibliography.
Toon meer Toon minder