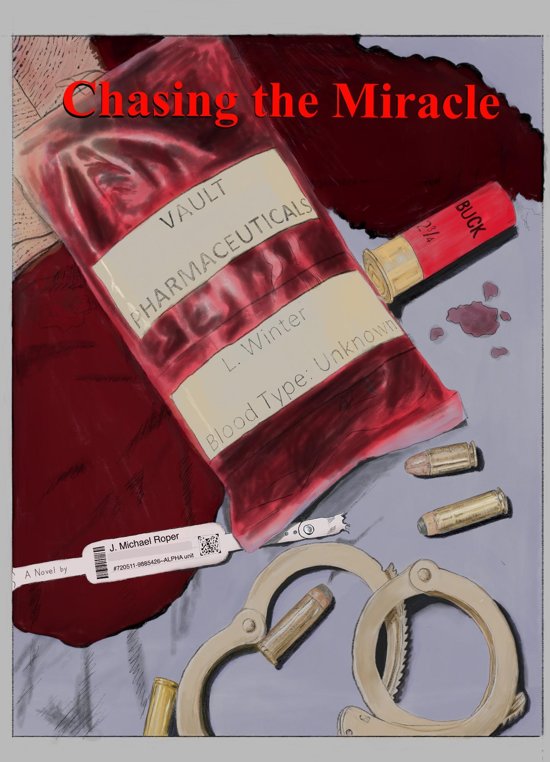 WHAT IF THE BLOOD IN YOUR VEINS COULD DO THE IMPOSSIBLE?

In a North Carolina hospital, a dying girl is cured of the leukemia that has her at death's door in hours and a young man in critical condition from injuries suffered in an accident emerges from a coma, well on his way to a complete, unnaturally fast recovery. The only link between the two is they both received blood products made from the same, single pint of blood…

Dr. Rebecca Candler, a brilliant scientist, is summoned to the office of her boss, Johann Vault, and told of the miraculous recoveries. Her assignment: Find out how it happened and if it can be replicated. Her involvement in such ground-breaking research becomes even more important when she finds out that her younger sister is dying of the same rare type of leukemia that killed their mother when they were younger. What Rebecca discovers during her research will change her life forever….

At the same time, Levi Winter, an ex-cop serving time in prison for manslaughter, is abducted from prison in a military-style assault, drugged, and flown across the country. During the next several days he will learn that his mysterious captors want the very blood that runs in his veins. If he is to survive, he must escape.

Legendary FBI Agent Marc Cutler and rookie agent Lisa Santiago are investigating Winter's seeming escape from prison. They quickly find that everything isn't what it seems.

Johann Vault, the CEO of Vault Pharmaceuticals, will stop at nothing to harness the astonishing power of Winter's blood. If he can't unlock its mysteries, then he will make sure no one else gets a chance to…..

Before it is over, Levi Winter and Rebecca will end up an unlikely team, fighting for survival against impossible odds as they race to try to save her dying sister and help Levi to freedom and safety, FBI Agents Cutler and Santiago will try to find out the truth, and the Vaults and their hired killers will do whatever is necessary to keep their evil deeds hidden…..