Child Of Flame Volume 4 of Crown of Stars 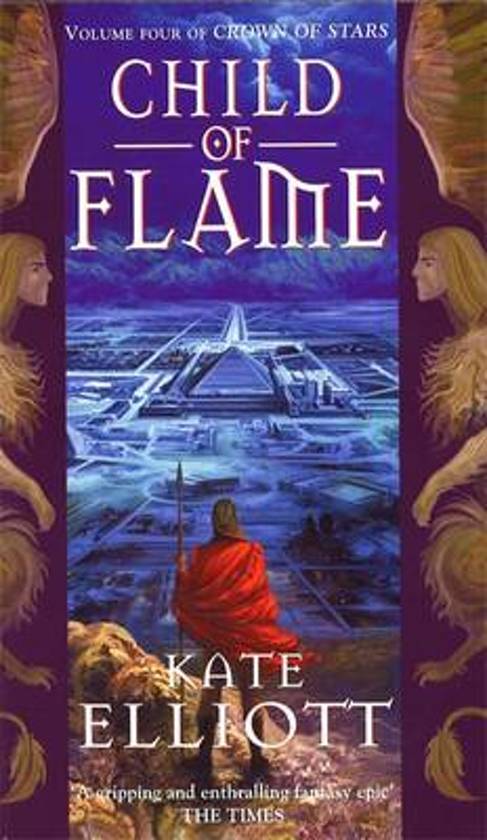 Kate Elliott’s credits include the Nebula finalist novel, King’s Dragon, its sequels, Prince of Dogs, The Burning Stone, Child of Flame, and The Gathering Storm; her groundbreaking DAW science fiction series, The Novels of Jaran— Jaran, An Earthly Crown, His Conquering Sword, and The Law of Becoming; and her magnificent fantasy collaboration with Melanie Rawn and Jennifer Roberson, The Golden Key. She now lives in Hawaii with her husband, three children, and a dog. She can be found at kateelliott.com.
Alles van Kate Elliott
Toon meer Toon minder

Lost and alone in an unknown country, Alain struggles to survive as he is unwittingly drawn into an ancient conflict between humankind and their old enemy, the Cursed Ones. Separated from her husband and child, Liath must undergo her greatest test in a land of exile. Only here can she hope to discover the truth of her parentage and learn the extent of her remarkable powers. Mourning the loss of his wife, the bastard prince Sanglant seeks his father, King Henry, to warn him about the conspiracy of powerful sorcerers who wish to destroy the Aoi, the Lost Ones, once and for all - no matter how much destruction their magic will unleash. But King Henry's gaze is fixed on the throne of Aosta and the imperial crown left vacant for two generations. As a Quman army, sweeping in from the eastern steppes, ravages the Wendish countryside, Henry marches south, ignoring the pleas of his beleaguered subjects. The great cataclysm, foretold in the stars, is approaching. . . . Look out for more information on this book and others on the Orbit website at www.orbitbooks.co.uk
Toon meer Toon minder