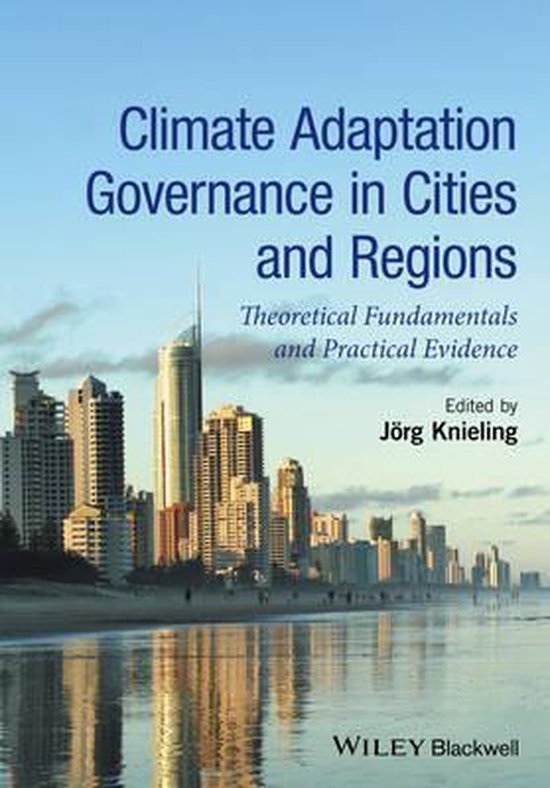 The proposed book will describe the link between governance approaches and adaptation to climate change. In line with related policies, adaptation is analyzed from a perspective of organizing, administering and installing instruments and forms of governance. In this respect, formal aspects like laws and amendments are as well considered as informal aspects in line with communication and transfer of (local) knowledge. The book starts with an introduction on climate change scenarios for the Baltic Sea Region on a general level. Specific impacts are as well introduced as related time horizons when changes of the climate are about to occur. Then the state of the art of main theoretic knowledge concerning governance will be introduced that is relevant for the understanding of the topic. In this respect, the multisided term governance is explained and concluded to a general understanding. Approaches of regional -, urban- and environmental governance as well as risk governance are taken into account. Also aspects of policy transfer are described in this first part. The applied part of the book focuses on various approaches of Climate Adaptation Governance within the case studies of the BaltCICA project and other case-areas which are affected by climate change impacts in coastal regions. The aim of the external contributions is to describe and analyze other approaches of Climate Adaptation Governance than those of the Baltic Sea Region. This will enrich the scientific and practical discussion, furthermore it raises the demand for the book also beyond Europe. Against the background of conceptualized and implemented technical adaptation measures that are described in the sister-volume of this book (which is edited by Philipp Schmidt-Thome) each case study includes the design and experiences of a communication process in order to support decision making processes concerning adaption. Several experts from the BaltCICA network are involved to discuss aspects of governance and how to use them to display climate adaptation. They present their outcomes with local examples and analyzes of climate adaptation governance. To be precise, different instruments with different characters, demands and outcomes have been analyzed and tested in several case studies of the BaltCICA project. Each case study which has tested instruments to push forward adaptation measures (e.g. informal strategies, formal planning processes on the urban or regional scale, scenarios, scenario workshops, further participation tools) will present their outcomes and how climate change impact information and local knowledge was brought to decision making. In this respect, also aspects of cost- benefit approaches are outlined, which are essential when it comes to convince politicians. The different governance approaches of all involved countries and regions will be described and analyzed, including a wide range of steering instruments. Adaptation is however not only seen as a matter of implementing public policies through hierarchical government structures. For instance, if increasing awareness of long-term climate impacts translates into higher demand for adapted buildings, the market could potentially promote adaptation through the price mechanism. And complex adaptation problems that involve private as well as public actors across a range of sectors and levels of government may require new co-ordination mechanisms, such as networks. The last chapter of the book displays outcomes and follow-ups of how Climate Adaption Governance can succeed and bring forward adaptation processes, but also which restrictions have to be considered. The contributions in this chapter outline how the described approaches can be used in practice and what still has to be advanced in academia and practice. By including a contribution about the conceptual framework used within the BaltCICA project, a critical reflection of the case studies is given. The conceptual framework was 'developed to create comparability among the cases and to be able to deliberate about improvements and to reduce obstacles of climate adaptation governance.
Toon meer Toon minder