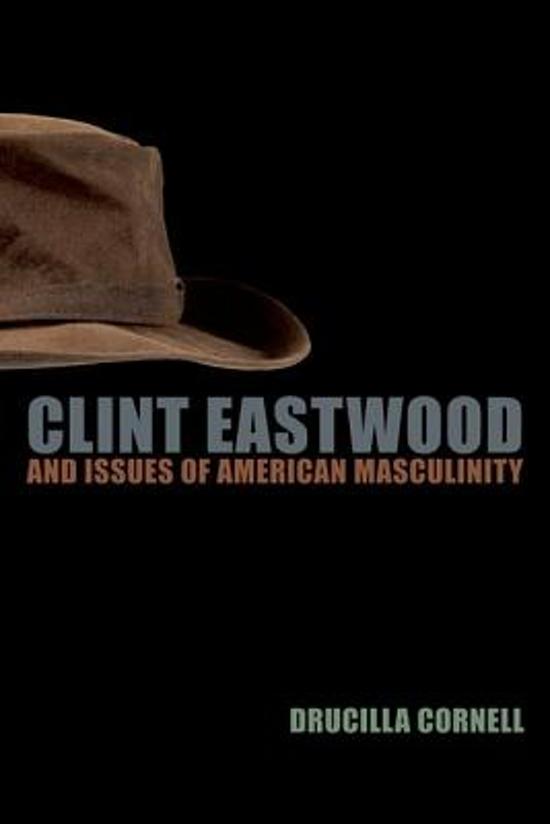 In this risk-taking book, a major feminist philosopher engages the work of the actor and director who has progressed from being the stereotypical man's man to pushing the boundaries of the very genres-the Western, the police thriller, the war or boxing movie-most associated with American masculinity. Cornell's highly appreciative encounter with the films directed by Clint Eastwood revolve around the questions What is it to be a good man? and What is it to be, not just an ethical person, but specifically an ethical man? Focusing on Eastwood as a director rather than as an actor or cultural icon, she studies Eastwood in relation to major philosophical and ethical themes that have been articulated in her own life's work. In her fresh and revealing readings of the films, Cornell takes up pressing issues of masculinity as it is caught up in the very definition of ideas of revenge, violence, moral repair, and justice. Eastwood grapples with this involvement of masculinity in and through many of the great symbols of American life, including cowboys, boxing, police dramas, and ultimately war-perhaps the single greatest symbol of what it means (or is supposed to mean) to be a man. Cornell discusses films from across Eastwood's career, from his directorial debut with Play Misty for Me to Million Dollar Baby. Cornell's book is not a traditional book of film criticism or a cinematographic biography. Rather, it is a work of social commentary and ethical philosophy. In a world in which we seem to be losing our grip on shared symbols, along with community itself, Eastwood's films work with the fragmented symbols that remain to us in order to engage masculinity with the most profound moral and ethical issues facing us today.
Toon meer Toon minder

An extremely important work, not mainly as a book of film criticism or cinematographic biography, but as a work of social commentary and ethical philosophy. -- -Karin van Marle * University of Pretoria * No doubt many fans of Eastwood's directorial work will find additional reasons to examine his methods thanks to Cornell's thoughtful, thorough analysis. * -Feminist Review * Drucilla Cornell's powers of cultural analysis and critique are in rare form in this lucidly written and extraordinarily rich philosophical portrait of one of Hollywood's most brilliant and often controversial icon of masculinity. The work inspires reflection not only on the meaning of masculinity in the world of cinematic fantasy, a world with a troubled history of female and racial subordination premised both on its presence in American society and its cultivation and fomentation as imagined by directorial license, but also on struggles for humanistic portraits of human possibility in a clearly less than ideal world. It's a triumph in new critical theory and philosophical analysis of contemporary culture. Bravo! -- -Lewis Ricardo Gordon * Temple University * Cornell's use of philosophy, literature, and cinematic theory makes this an intriguing (yet surprisingly accessible) work. Her weaving of plot summarization and critical analysis is elegant and seamless. Highly recommended. * -Choice * An exciting read, in which Eastwood's work and his personal struggle come alive for us together with a rich layer of conceptual analysis that is equally vivid. -- -Jessica Benjamin * author of Like Subjects, Love Objects: Essays on Recognition and Sexual Difference * This is an ambitious, innovative project that seeks to bring together popular culture studies with political philosophy. Throughout there are many sparkling insights and provocative discussions that ramify far beyond Eastwood's work and invite a broader discussion of the ways in which gender might be thought in relation to democracy theory, law, and ethicality. -- -Sara Murphy * New York University * Drucilla Cornell is our leading ethical feminist philosopher who lays bare the moral core of our leading masculinist film director -- the genius named Clint Eastwood. To put it bluntly, this book is the best treatment we have of Eastwood's magisterial filmic corpus! -- -Cornel West * Princeton University *
Toon meer Toon minder