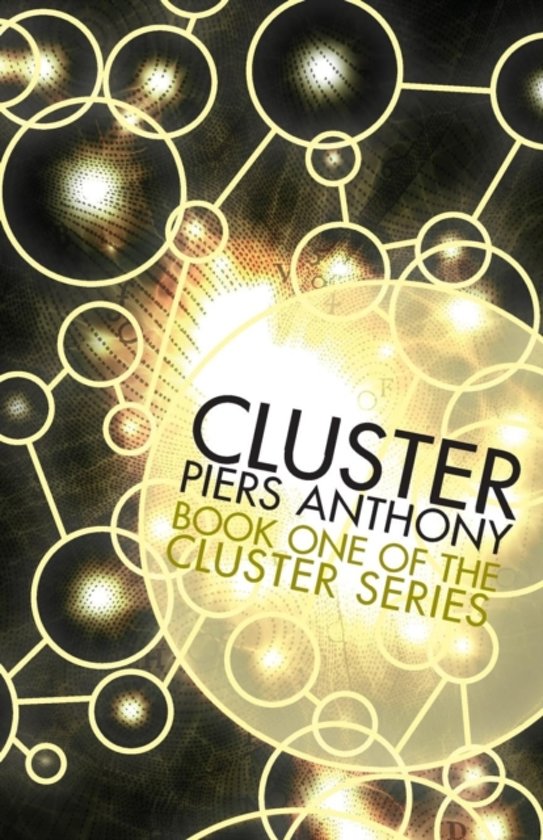 As Cluster opens, the alien envoy Pnotl of Sphere Knyfh seeks help from Sphere Sol in a shared galactic-level crisis: Galaxy Andromeda has discovered the secret of energy transfer and intends to use it to steal the basic energy of the Milky Way Galaxy. Knyfh offers the secret of aura transfer on the understanding that Sphere Sol will spread the technology to help create a galactic coalition to find and defeat agents of Andromeda. Sol's highest-Kirlian individual is Flint, a green-skinned native of Outworld, who has a Kirlian aura of two hundred, an eidetic memory (useful for memorizing the complex equations of Kirlian transfer that he will need to communicate to other spheres). He has extraordinary intelligence and is highly adaptable. His mission is complicated, however, by the fact that he is pursued everywhere by a very high Kirlian female Andromedan agent and, somehow, the Andromedans are able to detect and trace Kirlian transfers. Flint embarks upon several missions to bring transfer technology to neighboring spheres, inhabiting various alien forms. His efforts are successful despite attacks and sabotage by the Andromedan agent. Through the conflict, however, the mutual attraction of their two vastly superior auras begins to undermine their individual loyalty to their own Spheres. Flint and a group of other entities recover the information that will allow them to detect and trace transfers, and a member of the group is revealed as the Andromedan agent. One result is the catastrophic destruction of the local habitat. Flint and his nemesis are transferred into alien Mintakan bodies to survive. Choosing to leave things with parity between their two galaxies, Flint and the Andromedan mate and remain together until their auras fade (which happens rapidly, since their physical bodies have been destroyed).
Toon meer Toon minder