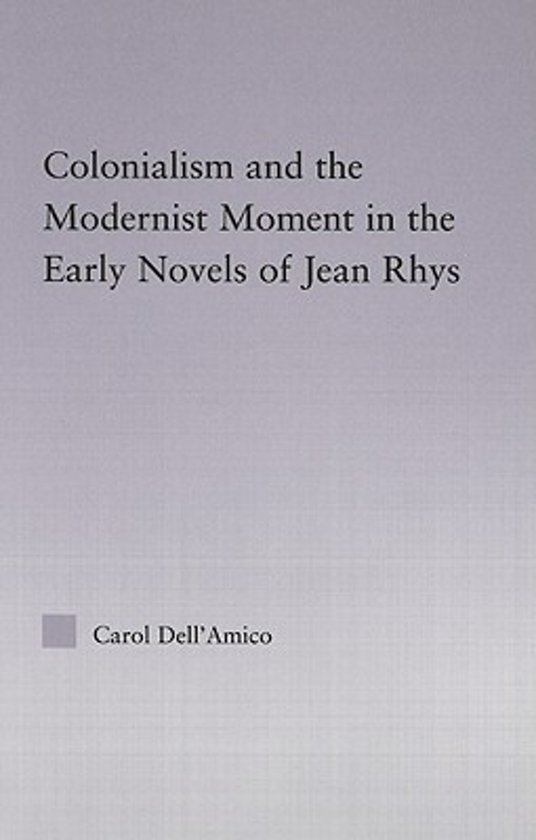 Colonialism and the Modernist Moment in the Early Novels of Jean Rhys explores the postcolonial significance of Rhys's modernist period work, which depicts an urban scene more varied than that found in other canonical representations of the period. Arguing against the view that Rhys comes into her own as a colonial thinker only in the post-WWII period of her career, this study examines the austere insights gained by Rhys's active cultivation of her fringe status vis-a-vis British social life and artistic circles, where her sharp study of the aporias of marginal lives and the violence of imperial ideology is distilled into an artistic statement positing the outcome of the imperial venture as a state of homelessness across the board, for colonized and metropolitans' alike. Bringing to view heretofore overlooked emigre populations, or their children, alongside locals, Rhys's urbanites struggle to construct secure lives not simply as a consequence of commodification, alienation, or voluntary expatriation, but also as a consequence of marginalization and migration. This view of Rhys's early work asserts its vital importance to postcolonial studies, an importance that has been overlooked owing to an over hasty critical consensus that only one of her early novels contains significant colonial content. Yet, as this study demonstrates, proper consideration of colonial elements long considered only incidental illuminates a colonial continuum in Rhys's work from her earliest publications.
Toon meer Toon minder