Communication, Love and Death in Homer and Virgil An Introduction 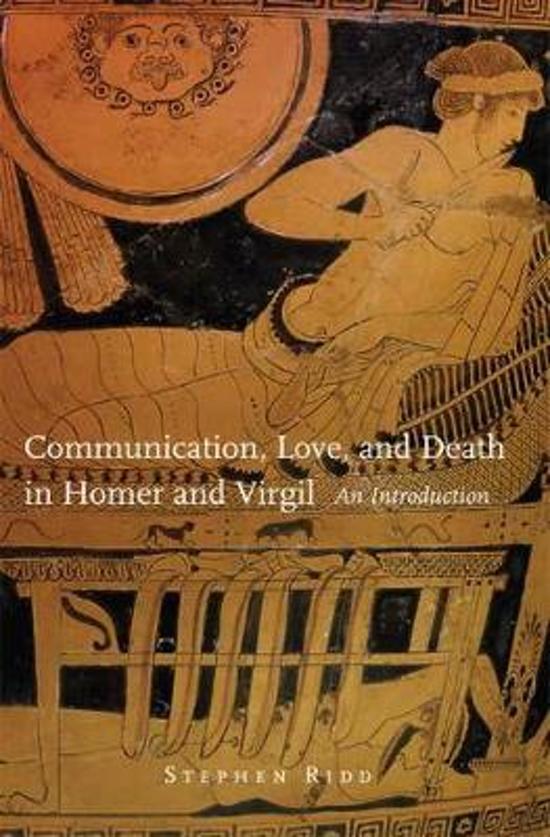 Homer's Iliad and Odyssey and Virgil's Aeneid are three of the most important—and influential—works of Western classical literature. Although they differ in subject matter and authorship, these epic poems share a common purpose: to tell the "deeds both of men and of the gods." Written in an accessible style and ideally suited for classroom use, Communication, Love, and Death in Homer and Virgil offers a unique comparative analysis of these classic works.


As author Stephen Ridd explains, the common themes of communication, love, and death respond to "deeply ingrained human needs" and are therefore of perennial interest. Presenting select passages from the original Greek and Latin texts—translated here into modern English—Ridd explores in detail how the characters within the poems communicate on these subjects with one another as well as with the reader. Individual chapters focus on subjects such as the traditions of singing and storytelling, relationships between sons and mothers, the role of Helen of Troy and her ties to the men in her life, and communication with the dead. Throughout his analysis, Ridd treats the three poems on an equal basis, revealing similarities and differences in their handling of prevalent themes.


By introducing readers to a new way of reading these abiding classics, Communication, Love, and Death in Homer and Virgil enhances our appreciation of the imaginative world of ancient Greek and Roman epic poetry.