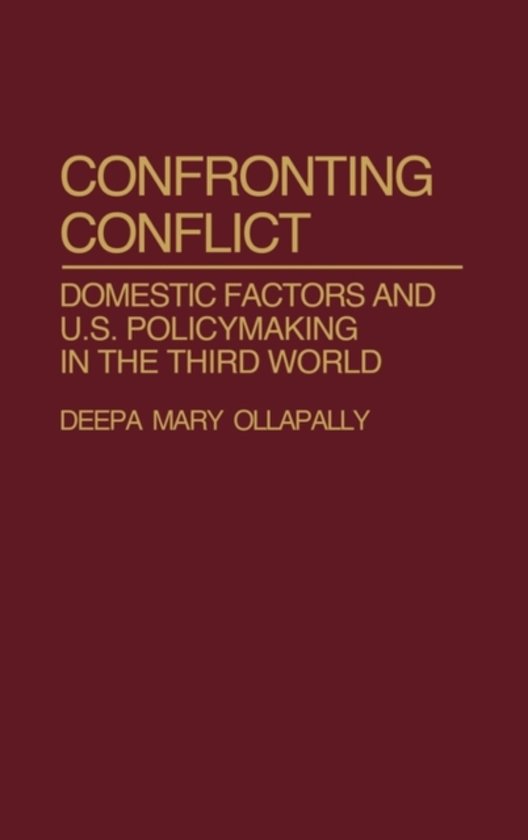 This study analyzes U.S. foreign policymaking in terms of state power and domestic factors. Ollapally explores U.S. policies in Third World conflicts during the 1960s, during the 1970s, and up to the present--during which time the United States has gone from a strong to a weak state. She concludes that domestic factors explain much of the reactions to the Soviet threat in the Third World during these periods. This beautifully written text with clearly presented arguments can be read at various levels and is intended for students and teachers dealing with the foreign policymaking process.