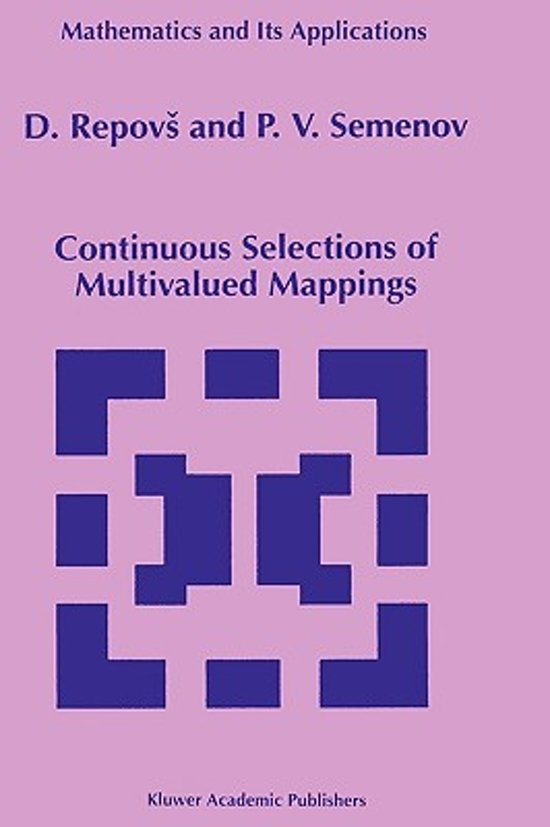 This book is dedicated to the theory of continuous selections of multi- valued mappings, a classical area of mathematics (as far as the formulation of its fundamental problems and methods of solutions are concerned) as well as !'J-n area which has been intensively developing in recent decades and has found various applications in general topology, theory of absolute retracts and infinite-dimensional manifolds, geometric topology, fixed-point theory, functional and convex analysis, game theory, mathematical economics, and other branches of modern mathematics. The fundamental results in this the- ory were laid down in the mid 1950's by E. Michael. The book consists of (relatively independent) three parts - Part A: Theory, Part B: Results, and Part C: Applications. (We shall refer to these parts simply by their names). The target audience for the first part are students of mathematics (in their senior year or in their first year of graduate school) who wish to get familiar with the foundations of this theory. The goal of the second part is to give a comprehensive survey of the existing results on continuous selections of multivalued mappings. It is intended for specialists in this area as well as for those who have mastered the material of the first part of the book. In the third part we present important examples of applications of continuous selections. We have chosen examples which are sufficiently interesting and have played in some sense key role in the corresponding areas of mathematics.
Toon meer Toon minder