Cooking as a Chemical Reaction Culinary Science with Experiments 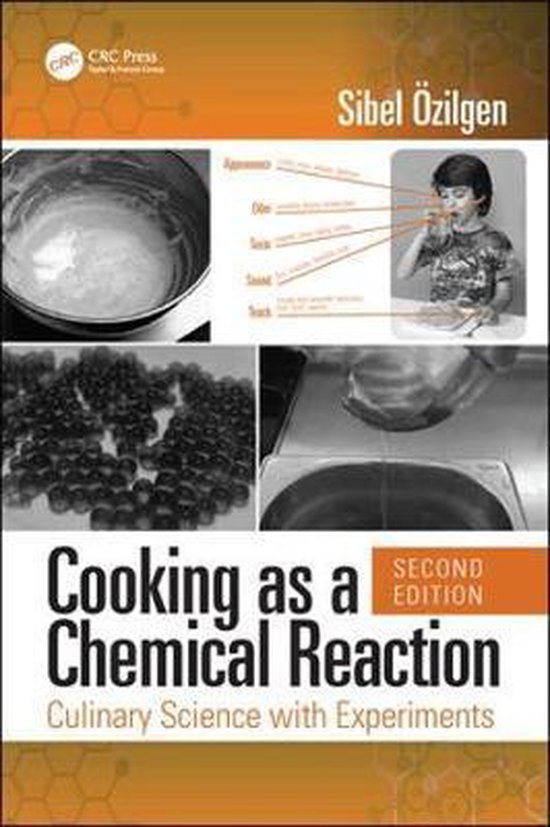 With this book, students are able to perform experiments and then make observations that they will frequently see in the kitchen and other food preparation and processing areas and learn the science behind these phenomena. The second edition of Cooking as a Chemical Reaction: Culinary Science with Experiments features new chapters on food hygiene and safety, kitchen terminology, and taste pairing, as well as an expanded chapter on the role of food additives in culinary transformations. The text uses experiments and experiences from the kitchen, and other food preparation areas, rather than theory, as the basic means of explaining the scientific facts and principles behind food preparation and food processing. It engages students in their own learning process. This textbook is designed so that students can first perform certain experiments and record their observations in tables provided in the book. The book then explains the science behind their observations. Features: Experiments and recipes form the basic means of teaching culinary chemistry Features new chapters on food hygiene and safety, kitchen terminology, and taste pairing Employs real kitchen practices to explain the subjects Covers traditional food chemistry including water in culinary transformations, protein, carbohydrates, fats, sensorial properties Many concepts throughout the book are marked with a symbol that indicates the concept is one that they will come across frequently not just in this text, but in the kitchen and other food preparation and processing areas. A second symbol precedes the scientific explanation of the observation made during the experiments in the chapter. At the end of each chapter, students are presented with important points to remember, more ideas to try, and study questions to reinforce concepts that were presented in the chapter. The book is designed for each chapter to be read and studied in chronological order, as the concepts of each chapter will reoccur in subsequent chapters. Written at the undergraduate level, this book is designed for students in culinary arts, nutrition, dietetics, food science and technology, and gastronomy programs. It is intended for students with limited scientific background who are studying different aspects of food preparation and processing.
Toon meer Toon minder