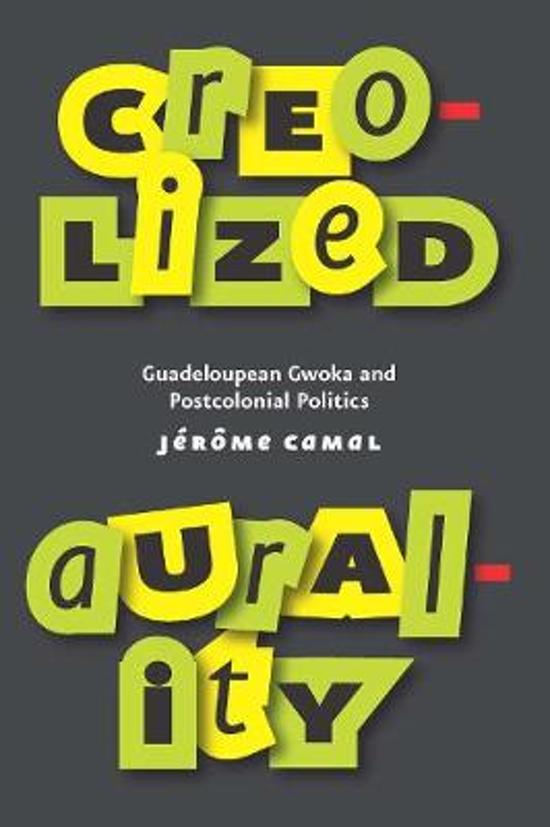 In the Caribbean island of Guadeloupe, the complex interplay between anticolonial resistance and accommodation resounds in its music. Guadeloupean gwoka music--a secular, drum-based tradition--captures the entangled histories of French colonization, movements against it, and the uneasy process of the island's decolonization as an overseas territory of France. In Creolized Aurality, J r me Camal demonstrates that musical sounds and practices express the multiple--and often seemingly contradictory--cultural belongings and political longings that characterize postcoloniality. While gwoka has been associated with anti-colonial activism since the 1960s, in more recent years it has provided a platform for a cohort of younger musicians to express pan-Caribbean and diasporic solidarities. This generation of musicians even worked through the French state to gain UNESCO heritage status for their art. These gwoka practices, Camal argues, are creolized auralities --expressions of a culture both of and against French coloniality and postcoloniality.
Toon meer Toon minder

Merging political, musical, and social analysis Camal offers a thick sonic description of the lived experience of colonialism in the French Caribbean. Creolized Aurality moves beyond a simple study of the political and musical forms of the French Caribbean and towards a true theorization of not just Antillean sound, but the sound of a postcolonial predicament. Camal asks: what does postcolonialism sound like? How is creole nationalism sonically enacted? And how can an analysis of soundscapes reveal a social and political world? The result is a powerful contribution to both Caribbean Studies and the Anthropology of sound more broadly. --Yarimar Bonilla, Rutgers University Partly a rethinking of creolization, partly an exploration of sound studies and aurality, and partly a careful excavation of anti- and postcolonial politics, this book weaves its narrative through a sustained engagement with the sounds, discourses, and meanings of gwoka in Guadeloupe. Creolized Aurality is an innovative, timely, and intellectually substantive contribution to Caribbean studies, anthropology, and ethnomusicology. --Timothy Rommen, University of Pennsylvania
Toon meer Toon minder