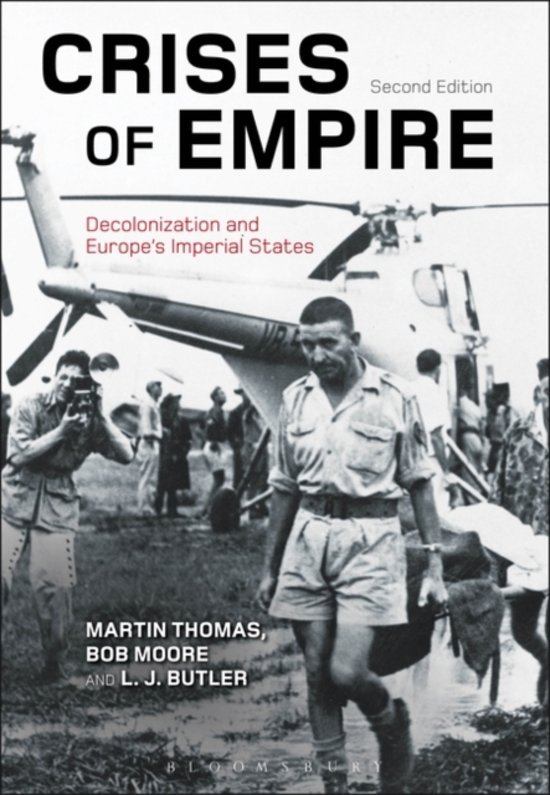 Crises of Empire offers a comprehensive and uniquely comparative analysis of the history of decolonization in the British, French and Dutch empires. By comparing the processes of decolonization across three of the major modern empires, from the aftermath of the First World War to the late 20th century, the authors are able to analyse decolonization as a long-term process. They explore significant changes to the international system, shifting popular attitudes to colonialism and the economics of empire.This new edition incorporates the latest developments in the historiography, as well as:
- Increased coverage of the Belgian and Portuguese empires
- New introductions to each of the three main parts, offering some background and context to British, French and Dutch decolonization
- More coverage of cultural aspects of decolonization, exploring empire 'from below'This new edition of Crises of Empire is essential reading for all students of imperial history and decolonization. In particular, it will be welcomed by those who are interested in taking a comparative approach, putting the history of decolonization into a pan-European framework.
Toon meer Toon minder

In this book, Thomas, Butler and Moore admirably accomplish the goal of combining intellectual and historiographical rigour with the breadth of discussion necessary for a textbook. As one of the few treatments of its kind, it connects the disintegration of various empires. Juxtaposing the fates of the British, French and Dutch empires, supplemented with some comparative observations about the Belgian and Portuguese experiences, the authors show that decolonization cannot be fully understood if treated within the isolation of any one of these cases. The careful balance in this volume between conceptual discussion of current historiographical debates and thorough empirical treatment of the various decolonizations makes this volume an invaluable resource for students and researchers alike. --Bart Luttikhuis, Researcher at the Royal Netherlands Institute of Southeast Asian and Caribbean Studies, The Netherlands An outstanding collection of essays dealing with the decolonization of the Dutch, Belgian, and Portuguese empires as well as those of the French and British. With a range from the 1940s to the 1970s and beyond, the authors guide the reader through complex conceptual issues in a way that is consistently clear and compelling. This is a book that will be mandatory reading for students and scholars of the dissolution of the European colonial empires. --Wm. Roger Louis, Kerr Professor, University of Texas This second edition of Thomas's, Moore's and Butler's incisive, thought-provoking and generally deeply impressive synthesis is very welcome. Like the first edition, it is written in an engaging style by three experts in their respective decolonisation fields and it will prove a key launch pad for further research into the expansive literature and ever-evolving debates on the causes and consequences of European decolonisation. The sections relating to the different empires and case-studies of particular territories can be read alone. But the beauty of this book lies in its high level of comparative analysis, with commonalities and contrasts skilfully brought out in the masterful introduction and conclusion. The focus remains on the three largest empires of Britain, France and The Netherlands but the excellent section on the Portuguese and Belgian end-of-empire experiences has been significantly expanded. Throughout, the text has been updated to take account of new historiographical developments since the first edition's publication in 2008. It pulls no punches in its exploration of the often fraught and violent ending of the European empires, and the ongoing legacies and unresolved contestations of the decolonisation moment. --Nick White, Professor of History at Liverpool John Moores University, UK
Toon meer Toon minder