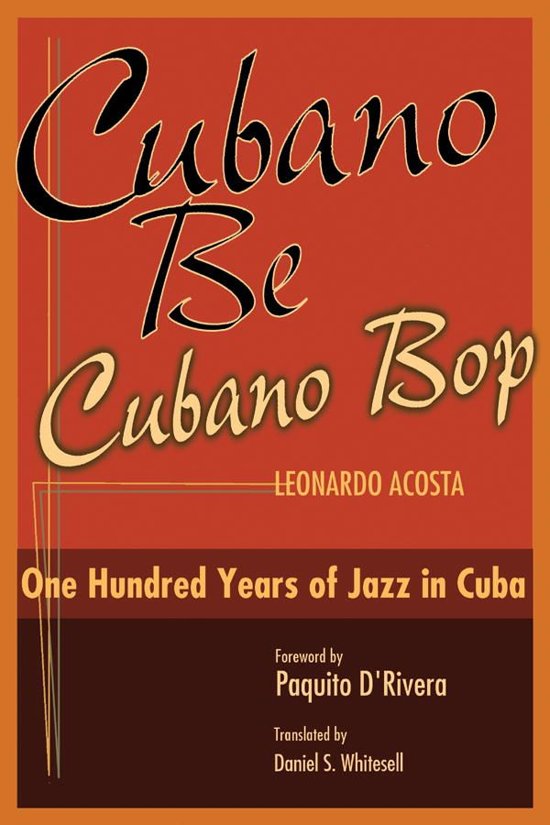 Based on unprecedented research in Cuba, the direct testimony of scores of Cuban musicians, and the author's unique experience as a prominent jazz musician, Cubano Be, Cubano Bop is destined to take its place among the classics of jazz history. The work pays tribute not only to a distinguished lineage of Cuban jazz musicians and composers, but also to the rich musical exchanges between Cuban and American jazz throughout the twentieth century.


The work begins with the first encounters between Cuban music and jazz around the turn of the last century. Acosta writes about the presence of Cuban musicians in New Orleans and the "Spanish tinge" in early jazz from the city, the formation and spread of the first jazz ensembles in Cuba, the big bands of the thirties, and the inception of "Latin jazz." He explores the evolution of Bebop, Feeling, and Mambo in the forties, leading to the explosion of Cubop or Afro-Cuban jazz and the innovations of the legendary musicians and composers Machito, Mario Bauzá, Dizzy Gillespie, and Chano Pozo. The work concludes with a new generation of Cuban jazz artists, including the Grammy award-winning musicians and composers Chucho Valdés and Paquito D'Rivera.