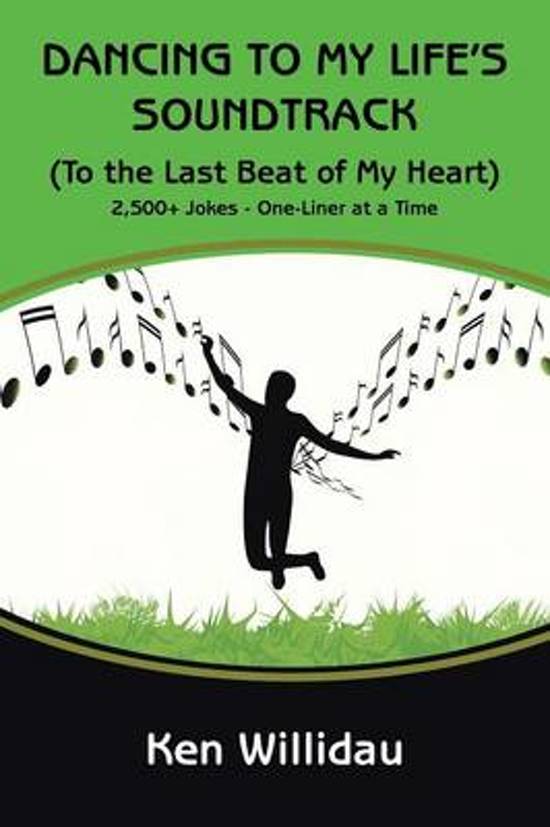 Written for people who have a song in their heart and a heart in their chest, Dancing to My Life's Soundtrack contains more than 2,500 jokes and one-liners that offers readers one way to trip the light fantastic and keep time to it, too. Theme music for the ages. From conception to death and everything of any note in between.


Willidau has risen above the scales of lounge lizard to compile the soundtrack of his life to put to music what mere words could never say. Ken Willidaus philosophy is that if you cant say whats in your heart and on your mind you should put it into the lyrics of songs that people will be repeating before long to make it look like they, too, are someone who is dancing along in life staying composed, themselves. Willidau orchestrates his story into a symphony of sound to set the mood for the moods that have rocked his world to his soul, in a compilation of a lifetime. And youll be toe-tapping along with it in no time caught up in it by the catchiness of it all.


Chapters band together a life that strings along a musical story of high and lows of all the right and wrong notes. Among them, Future Boy, Mother, Isolation, Human Behaviour, Remember and Into the Light make for a festival of sound that is a once-in-a-lifetime performance. This record of life is tracked with a maestro of jokes using wit, dark humour, one-liner hit wonders, tongue-in-cheek, twisted logic and double entendre humour. Spending your day with Ken will put a song in your head that will drive you as crazy as the thoughts its replacing that are always there hitting all the sour notes just making you sound flat, yourself.


Dancing To My Life's Soundtrack is a perfect read for those times when you want to make a concerted effort to play something different and not keep singing the same old song, yourself. And, a one and a two.