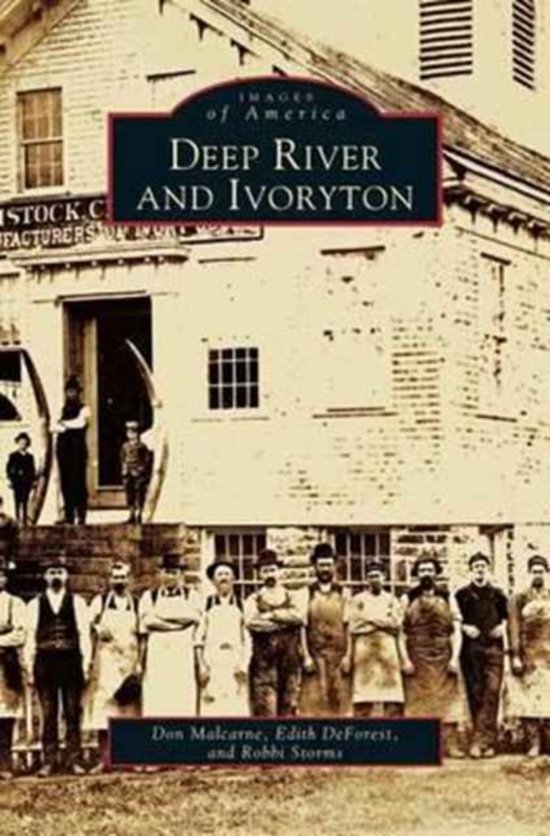 Deep River and Ivoryton, two villages in the lower Connecticut River Valley, were dominated for more than a century by "white gold"-ivory. The growth of the piano industry led to a new use for this exotic and long-treasured substance and, suddenly, the two villages became tied to Zanzibar, the most important exporting place for the tusks of African elephants.
With more than two hundred exceptional photographs and narrative, Deep River and Ivoryton tells the story of how ivory shaped the economy and culture of these villages. Two companies, Pratt, Read & Company and the Comstock, Cheney & Company, employed thousands of people in satisfying the demand for new pianos. Probably more than ninety percent of the ivory processed in this country was handled in Deep River and Ivoryton. The demand for new instruments slowed with the invention of the radio, followed by the Great Depression of the 1930s, and the flow of material stopped altogether in the 1950s, when the use of ivory in the United States was banned.
Toon meer Toon minder