Don'T You Know Who I Am? Insider Diaries Of Fame, Power And Naked Ambition 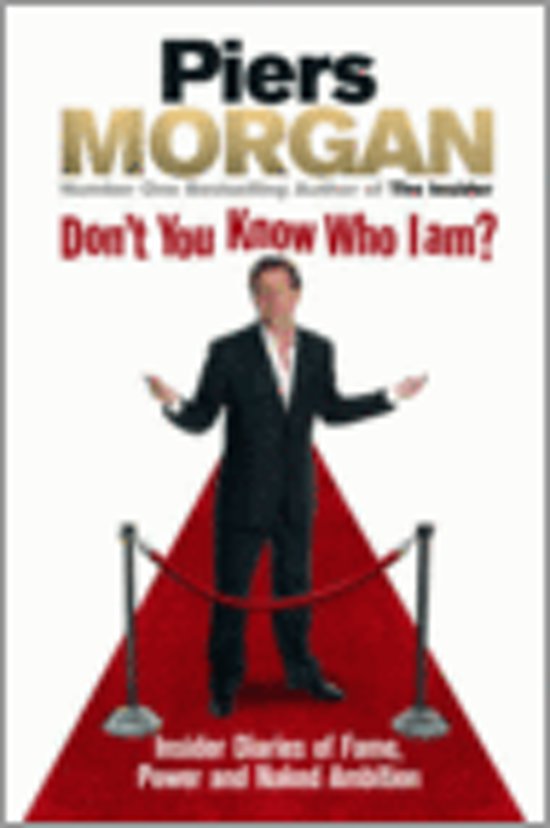 Sacked from his high-profile job as a national newspaper editor, Piers Morgan had two options: sink or swim. So he got paddling. Lacking any better ideas, he chose to dive headlong into the world of celebrity. And what a world he uncovered. In Don't You Know Who I Am? Piers Morgan records in gruesome detail the ins-and-outs of his attempts to better himself in the celebrity sphere. These diaries will make you laugh out loud, and shake your head in despair at the egos and outrageous behaviour of the famous and infamous. As he winds his way from Battersea to Beverly Hills, Piers clashes with, gets drunk with, and is snubbed by some of the most famous and powerful people in the world, from Alan Sugar to Freddie Flintoff, John Malkovitch to David Cameron, Camilla Parker Bowles and his old friend Cherie Blair. And if you think it's all glamour, think again. In the name of his new career, Piers finds himself doing the Macarena on daytime TV with Timmy Mallett. Finally, and bizarrely, he washes up in Hollywood as a mean British judge on an American TV talent show alongside David 'The Hoff' Hasselhoff. Don't You Know I Am? is a riveting, scandalous and brutally honest first-hand account of one man's often desperate struggle for survival on the inside of the modern celebrity-obsessed world we all now live in.
Toon meer Toon minder

Reading this book really is like peering into Morgan's head. But it's a fascinating head - its contents are clever and silly, sharp and gullible, occasionally incredibly funny. I'd say he has another bestseller on his hands. -- India Knight Sunday Times Every page is gold Heat A typically ribald account of life both making the news and reporting it, as wildly implausible and riotously entertaining as the man himself GQ He is a very funny writer -- Lynn Barber Daily Telegraph Enjoyably revelatory and very good fun Observer