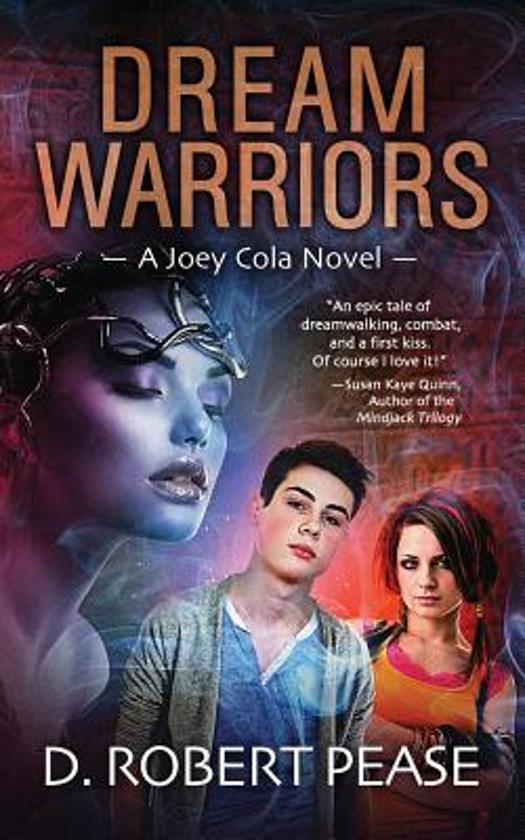 In the dream world, everyone is not what they appear to be.

Joseph Colafranceschi is a fifteen-year-old, self-described geek, living in the Bronx. The second youngest of twelve sons of the former U.S. ambassador to Italy, Joey discovers that a small Egyptian statuette, given to him by his father, endows him with power to control his dreams.

After his brothers throw him down a manhole, Joey is drawn into a hidden society of warriors who have been battling a reincarnated Egyptian Pharaoh for over 3,000 years. In the dream world, it’s impossible to tell who to trust. As Joey slips deeper into a world of gladiator battles and clandestine missions within other people’s dreams, he catches the eye of a beautiful Egyptian princess.

The only thing that keeps him grounded in reality is his best friend Alex, but even she may not be who he thought she was.

“I loved Noah Zarc, Mr. Pease’s MG trilogy. And I enjoyed his recent grown up fantasy, Shadow Swarm. But this is his best book yet.” - Michelle Isenhoff

“I must say I was very impressed with this book. Very enjoyable. It even had me jumping off my bed in anxious excitement at one point.” - J. Rivera

“This was truly an amazing read! Something that I have not read before, which is what I love... ...the ending of this book took me by complete surprise! I finished it last night but am still in shock.” - Erika Messer

“A thrilling story of adventure and intrigue with more than its fair share of twists and turns. Joey Cola is a new breed of hero.” - Susanne Powell

Interview with the Author:

Q: What made you want to write a young adult urban fantasy series?

A: When I was a kid there was no such thing as YA fantasy. We had some books for kids, like the Hardy Boys series (which I devoured,) but for the most part, if you wanted fantasy, you read what the adults were reading. But nowadays the adult stuff can be a little extreme, so I wanted to write a young adult fantasy novel that teens would love, with all the action, adventure and even a touch of romance, but I didn't want something I wouldn’t want my teens reading.

Q: Is this the first book in a planned fantasy series for teens?

A: Yes. I’m really enjoying my foray into young adult urban fantasy and have some fun ideas for sequels. My plan is to make this a trilogy.

Q: How do you define Teen Urban Fantasy?

A: That’s a really good question. A quick perusal of the titles online will show a pretty large variation in the types of books shelved under this category. Many seem to be geared more towards moms than their kids. I’d probably say the Joey Cola series is more of a teen fantasy adventure with an urban flavor to it. Urban meaning it’s in a modern setting (NewYork City) but also much of the story takes place in what I call the dream world—a place where the laws of physics don’t apply.

Q: Do you have any other books written, besides this young adult fantasy trilogy?

A: Yes, I have a middle-grade science fiction trilogy, called "Noah Zarc", and an epic fantasy called "Shadow Swarm".