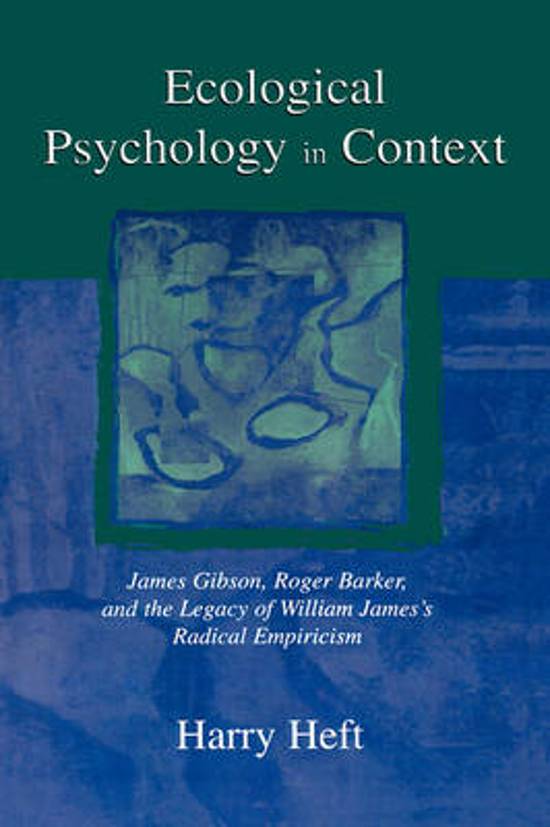 In this book Harry Heft examines the historical and theoretical foundations of James J. Gibson's ecological psychology in 20th century thought, and in turn, integrates ecological psychology and analyses of sociocultural processes. A thesis of the book is that knowing is rooted in the direct experience of meaningful environmental objects and events present in individual-environment processes and at the level of collective, social settings.

*illuminates how the work of James's student and Gibson's mentor, E.B. Holt, served as a catalyst for the development of Gibson's framework and as a bridge to James's work;

*reveals how ecological psychology reciprocally can advance Jamesian studies by resolving some of the theoretical difficulties that kept James from fully realizing a realist philosophy;

*broadens the scope of Gibson's framework by proposing a synthesis between it and the ecological program of Roger Barker, who discovered complex systems operating at the level of collective, social processes;

*demonstrates ways in which the psychological domain can be extended to properties of the environment rendering its features meaningful, publicly accessible, and distributed across person-environment processes; and

*shows how Gibson's work points the way toward overcoming the gap between experimental psychology and the humanities.