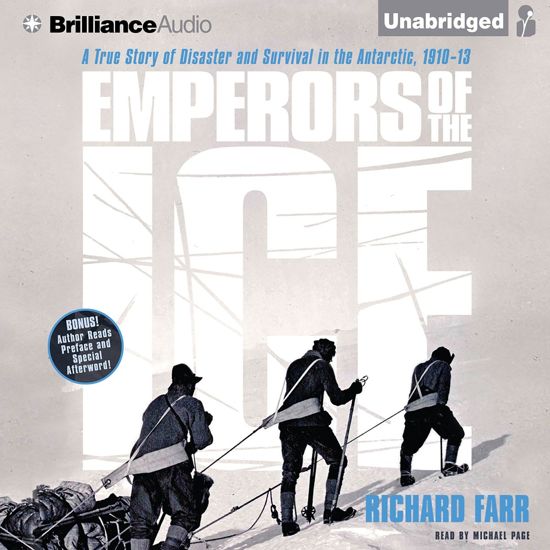 In 1909, every continent had been thoroughly explored . . . except one.


That September, Captain Robert F. Scott announced a new scientific expedition that would put Antarctica firmly on the map at last and claim the South Pole for Great Britain.


Twenty-three-year-old Apsley Cherry-Garrard was asked to join. With no special skills, and terrible eyesight, he seemed a surprising choice. Yet in the most lethal wilderness on earth, where temperatures plummet to ­-77°F and even bacteria can't survive, ''Cherry'' proved himself so capable that he became a key member of the expedition.


He volunteered for the infamous ''Winter Journey'' in 1911 - a horrific month long trek through storm-lashed darkness to collect the eggs of the Emperor penguin - and this half-mad outing in the name of science became the central experience of his life. The following spring, he was among the members chosen to support the 800-mile march to the South Pole - and then he was sent on another nearly disastrous mission, a doomed attempt to resupply the five men who had reached the Pole but never returned.


Emperors of the Ice is based on extensive research, and incorporates dozens of photographs and other material from the actual expedition.


But this is no mere history: recreating the story in Cherry's own voice, Richard Farr places listeners right inside this horrifying ordeal - and the amazing feats of courage and camaraderie that survival required. The result is inspiring and heartbreaking: a narrative you will never forget.