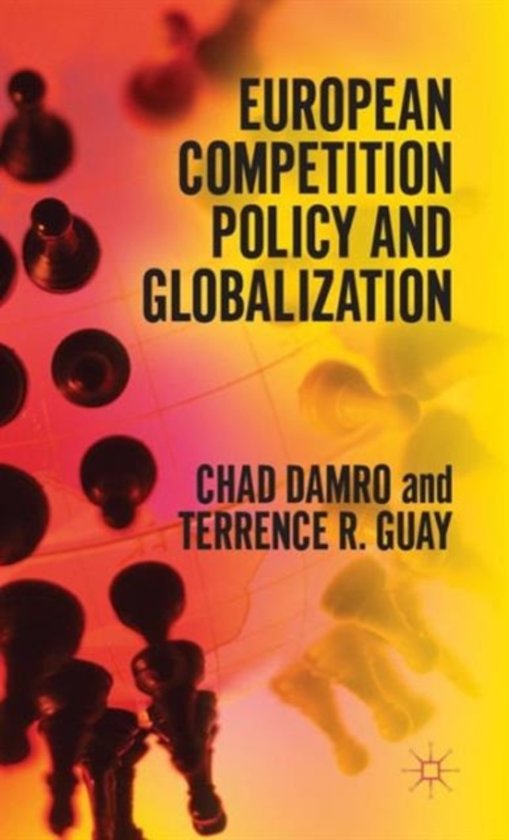 This book examines the domestic and international dimensions of European Union (EU) competition policy, particularly mergers, anti-competitive practices and state aids. The authors argue that important changes in EU competition policy are having profound effects on the global political economy, and these changes are best understood as European Commission responses to new domestic and international pressures. Using a two-level game analytical framework that is both intra-EU and global in scope, Damro and Guay investigate a wide variety of domestic and foreign public and private actors that interact in crucial ways to determine the development and implementation of EU competition policy. They address this broad question: In what ways do changing external and internal factors affect the evolution of the EU's competition policy and the role that the Commission plays in it? Among the conclusions is that the EU – and particularly the European Commission – has become a leading global regulator.
Toon meer Toon minder

Review of Revised Proposal After a careful comparison of the two versions (thanks to MS words) and a re-reading of my previous comments, my impression is that the proposal has been significantly improved. This holds in particular with respect to the focus (e.g. a more limited set of questions at the outset - although the original questions reappear in the introduction; a stronger focus on the European Commission). This focus on the EU Commission serves as the central theme throughout the chapters. It is most of the time convincing (the least perhaps in chapter 2) and promises to provide some intriguing insights not only into the dynamics of the EU Commission's role in global competition policies, but also into the institutional dynamics of the EU. To my reading, the idea of chapter 6 has been clearly improved, while I still have some the chapter 2. It is true that some of the considerations may be informative to the less familiar reader (point 1), I do not yet understand point 2 ( races ) and rather see point three as the natural line of continuation. Point 4 then takes the reader to the core theme. Here, the authors might want to think about merging chapter 1 and 2: * The considerations about globalization might be the starting point telling the story about globalization, the strategies of firms and the affectedness and reactions of governments * it might then be an idea to turn to the issue of competition policy with both a general economic and a more specific part (relating to the issue of globalization) * then Europe, the history of European competition policy and the European Commission might move to the center according to the structure suggested in the proposal. The idea of my suggestion is to improve the first two chapters that to my reading are the weakest parts of the proposal and to reduce the danger of redundancies between chapter 1 and 1, 2 and 3. This said, I would like to reaffirm the impression that this is promises to become a very good book. I recommend it for publication.
Toon meer Toon minder