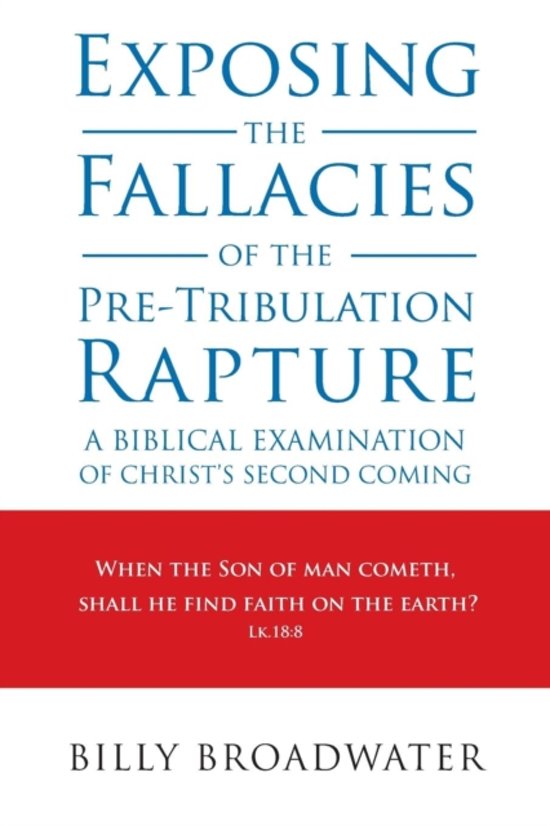 The Pretribulation Rapture theory has had a foothold on many Christians in America for over a hundred years. This teaching is not allowed to be challenged in many Christian circles.


Exposing the Fallacies of the Pretribulation Rapture takes the building blocks of this theory and dismantles them one by one in a serious, thought-provoking analogy of this doctrine.


Is the seven year tribulation really a biblical term?


Is the church literally raptured in Revelation chapter 4?


Are there signs that precede the return of Christ?


Is the rapture really an invisible event?


Are Christians exempt from tribulation?


Where did the true roots of the pretribulation rapture come from?


What does the day of the Lord have to do with the rapture?


These questions and many more are answered in Exposing the Fallacies of the Pre-Tribulation Rapture. Not only is there a thorough examination of the rapture, but also a detailed account is given of the numerous discrepancies among leading pretribulation teachers over Bible passages on the second coming.


Billy Broadwaters in-depth Bible based research for over twenty-years brings home the truth about the rapture.